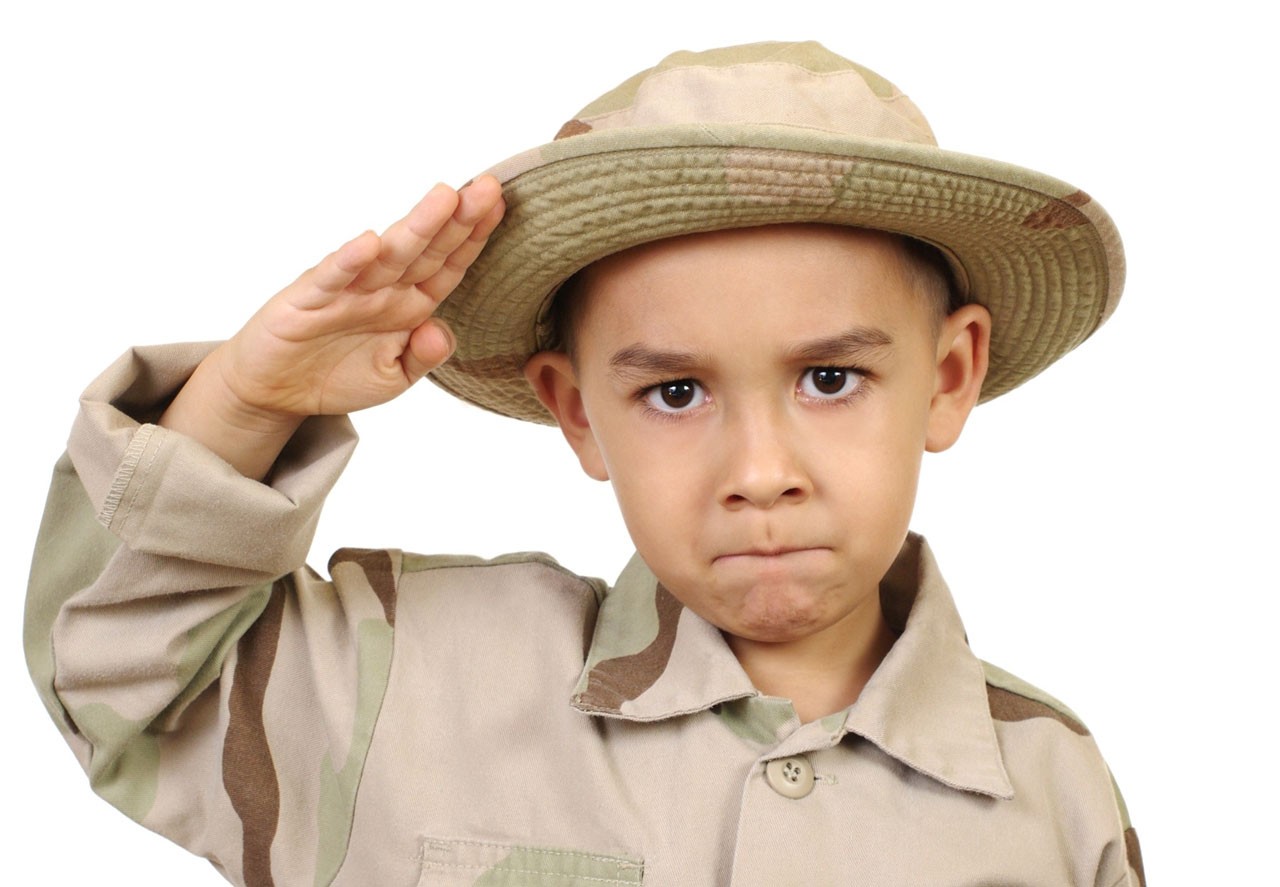 My home resembles an army barracks. My eight-year-old soldier-wannabe son and my soldier husband have turned entire floors of the house into their army clubhouse. We have an entire room full of gear, such as duffel bags and old uniforms, that moves with us from post to post. Toy swords, tanks, Nerf guns, grenades, jets, and combat helicopters lie strewn about in the camouflage-painted playroom as if it were an abandoned army depot. My front porch is covered with combat toys and little green plastic army dudes who use the stairs and pillars as fighting positions. I worry I will break my leg descending our front steps in my pajamas while retrieving the newspaper every morning. Our yard is littered with more of the same. Even our main living areas are decorated with military art and tchotchkes we have picked up at our many duty stations around the world.

Because of the nature of army life, I am often a Solo Mom. But our son’s fascination with all things army clearly comes from his dad. Despite his father’s long absences, our son checks out books at school about World War II. He and his friends play “good guys versus bad guys.” They dug a giant hole in the backyard and call it a fighting position. When my boy wants to give me a hug, he takes a running start, then a flying leap, and yells “Love Bomb!” followed by a fierce hug. My Mother’s Day card had an M1A2 Abrams tank drawn on it. In my son’s mind, nothing says “I love my Mom” more than a big ol’ tank card.

Like my son, my husband’s first love was the Big Green Machine. Our only child was born into this love affair with our nation’s fighting forces and has embraced the culture wholeheartedly. However, my husband is not the only one to blame. I was also a soldier, and for more than a few years. My deployment and training experience with the army did not prepare me, however, for the level of all-encompassing love of all things military I would experience while living with my warrior boy.

Take my boy’s birthday parties, for instance. The last two years, upon request, I made birthday cakes in the shape of a tank and, before that, of the D-Day invasion in Normandy. Whose kid asks for a cake that depicts an amphibious assault for his seventh birthday? An army kid, that’s who. He already has big plans for his next birthday party. Nine months out, he has decided there will be three stations for his guests: one for rifle firing, one for machine-gun firing, and one for grenade throwing. He has explained that, at nine years old, he and his guests will be old enough.

On the frequent occasions I am in the midst of a Solo Mom stint, I do my best to make the little guy happy. I help him with his Cub Scout projects and with the hard words in his World War II books. I have even been known to play an enemy combatant, catching plastic paratroopers as he drops them from our second-floor balcony. I do it because those are the things he loves and because I love him more than anything. And when I do come through for him, not only does he momentarily think his mom is awesome but also drops lots of “love bombs” on me.