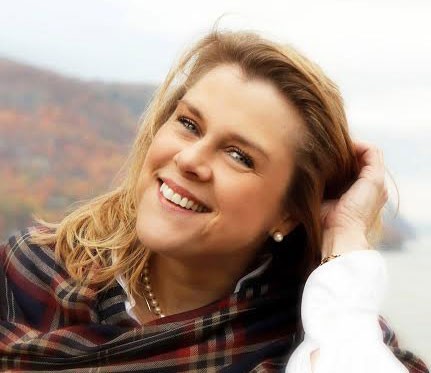 When giving up is not an option

The community of the army’s senior combat arms’ wives, who came up as new brides at the end of the Cold War and then came of age during the War on Terror, is small. Those of us who don’t know each other are easily only one degree separated. Fellow army wife Kris Johnson and I share dozens of mutual friends, and I’ve watched her story unfold in the media over the past few years. What she has endured is the worst nightmare for any of us—it’s worse than our worst nightmare. It’s incomprehensible. Those of us with multiple deployments under our belts have imagined the very possible reality of losing our husbands in combat, which is an obvious worst fear. What happened to Johnson is an unprecedented hell even beyond the death of her spouse.

In 2012, Johnson’s husband, Colonel Jim Johnson, a highly decorated combat officer, was convicted of bigamy, fraud, and adultery (a sex tape with his Iraqi mistress was found on his hard drive). As a result, he was reduced in rank to lieutenant colonel and slapped with a $300,000 fine, which his father, a retired three-star general, promptly paid. Many saw his sentence as far too lenient and outrageous—enlisted soldiers have been thrown into prison in Fort Leavenworth for lesser offenses. With this verdict and very public divorce, Johnson lost the way of life and partnership she had devoted 25 years to building. And yet she made the choice to reveal her husband’s affair and fraud to officials, knowing that her life would change irrevocably. He crashes and burns; she crashes and burns. That’s how it goes for career army wives.

As Johnson explained the events—the story behind the Army Times covers and media blitz of her husband’s court-martial and the details of his brazen behavior and misconduct—her voice was quick and peppered with laughter. I had to force myself to listen and absorb her words because my mind wandered to imagining myself in her shoes and thinking that I would be curled on the floor clutching a bottle of vodka and sobbing. That’s not Johnson. Johnson is a fighter and a force to reckon with. Had we met on the army-wives battlefield, I know I would have seen her as fierce and overachieving—not someone I wanted to mess with.

But now, just a few years after losing her status in that world of climbing and sometimes clawing the ladder of army rank, Johnson is on her own. She is in debt—a staggering amount of debt—to lawyers and to credit cards she used to stay afloat and take care of the couple’s two children during her divorce. Now Johnson works in retail. The military loves to tell dutiful military wives how much their volunteer work, organizational management, and people skills translate as valuable résumé builders. Johnson is a shining example of how untrue that is. Yes, she is a manager of a Lilly Pulitzer store, but she works retail hours for retail pay. Her children are completely estranged from their father, who has self-exiled to Jordan with his new Iraqi wife and her child.

I’ve heard it said many times that the wife of a hard-charging leader is often stronger and has more intestinal fortitude than her supposedly battle-hardened warrior husband, and this describes Johnson. Instead of walking away from her marriage and former life and licking her wounds privately, she became a crusader for change and a spouse advocate. Shortly after her ordeal began, Johnson decided to seek legislation that would protect the rights of a military spouse in the case of a court-martial conviction. She knew it would be an uphill battle, but she is not giving up. As she stated when the legislation recently suffered another setback, “When I started this process three years ago, I was warned that it could take years to accomplish what I am setting out to do. Each step forward is exciting, and each step back leads to a stronger approach next time.” 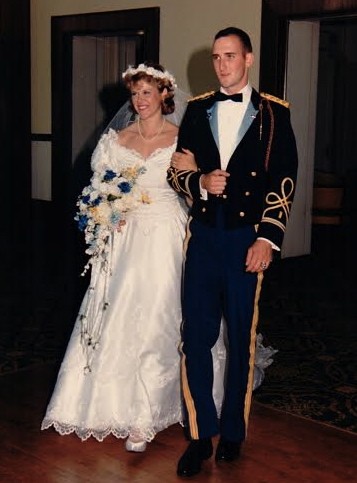 Let me go back to before Johnson’s fairy tale turned to a horror story, then to a story of redemption and buoyancy. Johnson describes her marriage to Jim as passionate and deeply loving, and that endured for two decades. Then suddenly Jim changed and withdrew, became distant. He attributed his mood change to work stress. But the reason was far deeper and darker. For his entire life, Jim struggled to please those around him, struggled to find self-worth. So sometime around ten years ago, on a deployment to Iraq, Jim met a young Iraqi woman and her family. When her family left Iraq in late summer 2007, the new mistress was pregnant, presumably by another American soldier. Jim and this young woman shared a connection that quickly turned into an emotional affair. Her family showered him with praises for his success as an American warrior. Finally, he’d found the acceptance that he lacked in his birth family. Finally, he was not only good enough—he was a demigod.

None of this slipped by Johnson, and she was onto his improper and out-of-character behavior early on. Jim promised to stop but did not beg forgiveness. His reckless betrayals only increased. He misappropriated government funds and funneled them to this Iraqi woman and her family, who were then refugees in the Netherlands. Jim was so brazen that he invited the family to stay in the home he shared with Johnson and their two children over the holidays of 2008. Johnson knew in her gut that the affair he denied so vehemently existed. She knew it when she saw her husband tenderly pick up and cradle the toddler child of his Iraqi mistress. The familiarity between them was unmistakable, and it sickened her. Until then she wanted to believe her husband, wanted to believe his assertions that she was just paranoid.

For two years Johnson kept her husband’s secret, the secret that grew more and more brazen in their tiny military community in Italy. She knew everything was at stake, not just her marriage and family, but her way of life.

Johnson eventually made the agonizing decision to turn in her husband to military authorities. Military marriages are entangled; what happens to one of us happens to both—good or bad. Johnson knew that by reporting Jim’s laundry list of misdeeds, she was jeopardizing the future for herself and her two kids. But she trusted the military would catch her when her husband fell.

Jim Johnson, at a glance, is easy to hate. One look at a picture of him reveals what appear to be calculating, cold eyes. Look a little more closely and you’ll see terror. Even a haunted look. Jim is the product of a deeply dysfunctional career and rank-obsessed military family. His father is a retired three-star general. Instead of brimming with pride over each of his son’s stellar military achievements, he one-upped his son with boastings that he had done better in his own career. His mother, on the other hand, made it abundantly clear to Jim and his wife that she was calling the shots—even down to where they lived. Nothing was ever good enough. While Jim commanded the elite 173rd Airborne Brigade Combat Team, his parents still commanded him. Jim snapped under the pressure, and it’s impossible to not feel pity for his public humiliation. His story is a classic example of a complete break from reality that happens when a person just can’t care anymore.

In retrospect, Johnson is conflicted about her husband’s verdict. On one hand, she wanted to see him face the consequences of his actions, but on the other hand she felt sympathy for the father of her children and her husband of 25 years. Despite the painful ordeal that’s dragged on for the better part of a decade, Johnson loves the man he was. She sees that perhaps he was caught in a perfect storm and deserves mercy. Beyond how she feels about Jim, she desperately wants to hold tightly to her military benefits and half of Jim’s retirement pay, to which law entitles her.

Before I got to know Johnson, I thought I would pity her journey. As I heard her story and the quick cadence of her speech and the easy laugh, I realized why she has stayed afloat. It’s not over, far from over, and she’s fighting each day to right the wrong done to her and her children, not just by her bigamist husband, but by the system she entrusted to care for her in the worst of times. She’s not one to lie down and give up. Johnson told me that she’d read Gone With the Wind as a young teenager and again many times since and finds affirmation by identifying as a modern-day Scarlett O’Hara. Formidable, ladylike, and iron-willed. Johnson continues to take strides in her life and goes to bed each night with the mantra, “Tomorrow is another day.” What is stronger than that?