Army Strong and Its Postwar Meaning 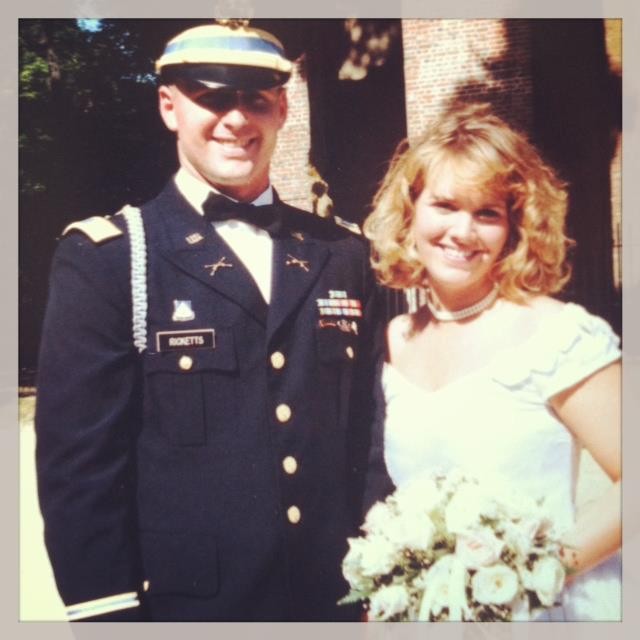 The midlife crisis of an army wife

Sometimes slippery and hard to face, the end waits patiently. For years we’ve been too busy to even fathom getting off the army ride. But it comes like a death. Army Strong or not.

Once upon a time, there was a girl who thought she knew what happily ever after looked like. This girl fell in love with a handsome, hardworking army lieutenant and decided that she would follow him around the world to wherever the army sent him, with or without her. She would wait and raise their babies. She hitched her wagon to his and became a Career Army Wife. She would spend years being a Solo Mom while he fought bad guys around the globe. She was proud; she was Army Strong. Twenty-four years passed in the blink of an eye, and it was over, retirement and a civilian career for her husband. The army ride came to an end. Like an expected death, she thought she was prepared, but it hit her like an unflinching blow when the end arrived.

That girl was me.

Now I’m the depleted middle-aged mother of nearly grown children. The identity that I clung to so tightly is gone.

Former U.S. Army Chief of Staff General Ray Odierno was famous for his mantra about his beloved army: “The Strength of our Nation is our Army. The Strength of our Army is our Soldiers. The Strength of our Soldiers is our Families. This is what makes us Army Strong!” Yes, that’s an awful lot of capitalized words but that’s how our army rolls. We in military culture stress the importance of words that mean the most to us with capital letters. At the very core, it might be rhetoric, but hell, it’s all we’ve got.

I love the sentiment of General Odierno’s words. Recently, I had the privilege of attending his retirement ceremony and the swearing in of his successor, General Mark Milley, at Fort Myer, in Arlington, Virginia. General Odierno gave a beautiful speech and thanked his wife of nearly four decades of service with these words, “She sacrificed her entire life for me. I can never repay her.” God bless him for acknowledging her.

The ceremony had a Milky Way of stars on the shoulders of seasoned, decorated soldiers, but I searched the faces of their wives, the Solo Moms, for something to recognize myself in. The ones who raised their children alone while the men fought to keep our nation safe. Army Strong. The weariness but resolve showed on their faces just as strongly as their warriors. But for them the ride is still in full force. Each time I heard the words “Army Strong” I felt waves of conflicting emotions. Part of me wanted to stand up and yell, “I call bullshit!” But the larger part of me remembered that girl with the dreams of her prince charming, and I mourned the loss. A part of us will forever be on that roller-coaster ride. It took a piece of who we are and left a void. I thought I was war weary. Now I’m weary from being weary. Not long ago I came across an old datebook with meticulously organized to-do lists, even a perfect drawing of my herb and perennial garden. Now I could give a shit about any of that. I don’t know who that girl was, but I miss her and know she’s gone forever. I can’t blame her disappearance on the war or the army, though that would be convenient.

Maybe this is simply the cadence of entering midlife.

For years I sat through countless military ceremonies and parades. My children, with their little feet swinging from the metal folding chairs, sat and then stood with me and placed their hands over their hearts during the national anthem. Now those children are nearly grown, and I took their childhoods for granted. By placing our devotion to the army first, we missed the nuances of their short childhoods. We can’t get it back.

A favorite topic of conversation among army wives is where we will settle after the army. That place is the end of our rainbow. Now I look out the window and don’t see a pot of gold.

My husband is passionate about his second career and comes in the door each night glowing and infatuated with his rewarding new identity. But where does that leave me? I definitely wasn’t on board for him to start his second career a thousand miles away from my tightly knit family. My mental picture of the yellow brick road always ended with my extended family in my rural Indiana hometown. Not exactly a booming place to start a second career, but I thought my eventual reward for being Army Strong would be putting down roots in a place that feels like home—not the urban sprawl of a big city on the opposite side of the country. Our children deserve roots; they deserve an identity beyond “army brat.” That girl, now a middle-aged woman, will dig deeply into that pocket of army strength and buoyancy—and she will find a new end of the rainbow. She will mourn, and then she will find a new identity.