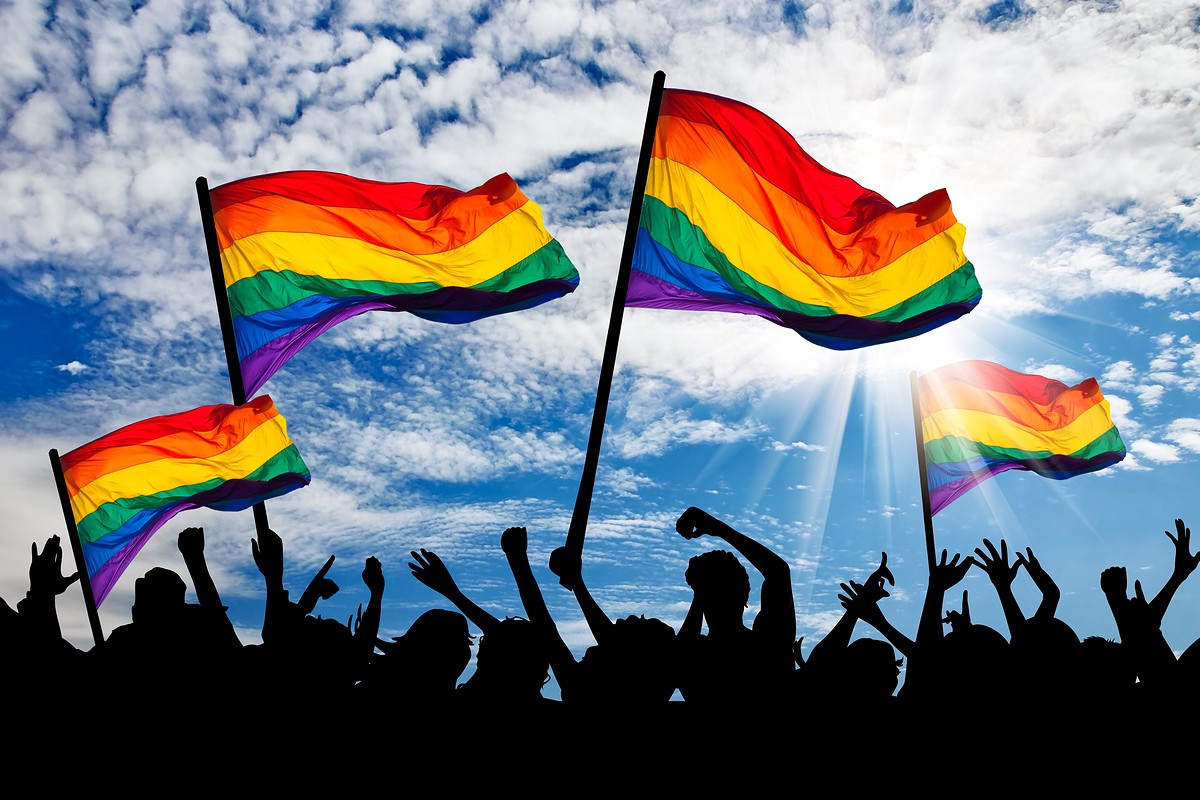 Coming out to family and friends is a personal journey toward self-acceptance. Coming out as a public figure is a less nuanced process that requires taking that private passage to a far-reaching public.

Throughout herstory, there were LGBT Solo Moms who created legacies in the areas of business, science, literature, music, and politics. You might already be familiar with some of these women, others are local to specific communities, or you might be learning about them for the first time. Seeing a reflection of those who have persevered through difficult historical times bolsters our ability to thrive in our own lives.

There is some debate on the sexuality of these women born in the 18th and 19th centuries, but for each, there is some evidence alluding to the fact that they were queer. Nevertheless, they defied the societal norms of the time by pursuing and excelling at careers that were only known, at the time, to be associated with men.

Here are 10 of these history-making Solo Moms everyone should know about:

Sofya Kovalevskaya, known in the West as Sonya Kovalevsky, was a Russian mathematician who became the first woman to have a doctorate in mathematics in Europe. While active in the women’s movement emancipating women from Russia’s oppressive regime, she essentially married a man for convenience and had one daughter. Kovalevskaya is known for the Cauchy-Kovalevskaya theorem, which is still used in mathematics today.

Although we may never know the full details of her personal life, Margaret Mead is arguably the most famous anthropologist who has ever lived. Posthumously awarded the Presidential Medal of Freedom in 1979, she is the first anthropologist to look at human development from a cross-cultural perspective. She studied young girls in Samoa and published what she documented about them in her first bestseller, Coming of Age in Samoa (William Morrow Paperbacks, reprint edition, 2001).

She had her only daughter, Mary C. Bateson (also a renowned cultural anthropologist), with her third husband. In Bateson’s memoir, With a Daughter’s Eye (Harper Perennial, 1994), she suggests Mead was bisexual while having a close relationship with a colleague.

The arts community is a place where women have been able to elevate their voices. Audre Lorde was an African American poet, essayist, womanist, mother, and activist known for her breakthrough writing on the issues of race, gender, sexuality, and motherhood. Among her many awards, this Solo Mom of two also cofounded the first U.S. publishing company for women of color—Kitchen Table: Women of Color Press.

In the realm of music, Alix Dobkin is a Jewish folk singer–songwriter. Her full-length album Lavender Jane Loves Women was the first record to be made “by, for, and about lesbians.” A radical feminist and Solo Mom of one daughter, Dobkin continues to be vocal about increasing the visibility of lesbians as a member of Old Lesbians Organizing for Change.

A kindred spirit to Lorde, Alice Walker is an activist and Pulitzer Prize–winning novelist of The Color Purple. Additionally, she marched on Washington, DC, with Dr. Martin Luther King, Jr., and continues to participate in many human-rights activist groups.

Margaret Sloan Hunter was a Chicago-based activist and writer who founded the National Black Feminist Organization to raise visibility of the social concerns at the nexus of race and feminism 16 years before American civil-rights activist Kimberlé Williams Crenshaw coined the term “intersectionality.” A Solo Mom to daughter Kathleen, Hunter became one of the early editors of Ms. magazine.

A native of Queens, New York, Judy Dlugacz is another tireless human-rights activist and successful entrepreneur who made music history by founding Olivia Records, an independent feminist music label, in 1973. A Solo Mom of one daughter, she has been a force behind many LGBT aid initiatives around the world, including the LGBT Haiti Relief Fund of the Red Cross and USAID LGBT Global Development Partnership.

The first openly gay or lesbian candidate to run successfully for political office in the United States is Kathy Kozachenko (not Harvey Milk). She won her bid to sit on Ann Arbor, Michigan’s city council in 1974, and since then, she has shielded herself from the public eye because of her son, Justin.

Antonia “Tata” Flores was a Chicago native who established the first bars and clubs catering to the lesbian community. Not wanting to be marginalized within the city’s gay scene, this Solo Mom of five organized others and founded the Chicago chapter of Dykes on Bikes in 1987.

Rosie O’Donnell is known as a comedian and talk-show host, but this Solo Mom of five has also worked extensively to reform adoption laws in Florida.

Our society continues to struggle with inclusion on many fronts, but these fierce, talented, and intellectually savvy women are sure to inspire. Even if their successes might have overshadowed their parenting, they are an example of courage. Living fully despite challenges gives meaning to whatever one chooses to pursue. These Solo Moms endured and have set an example for generations to come.