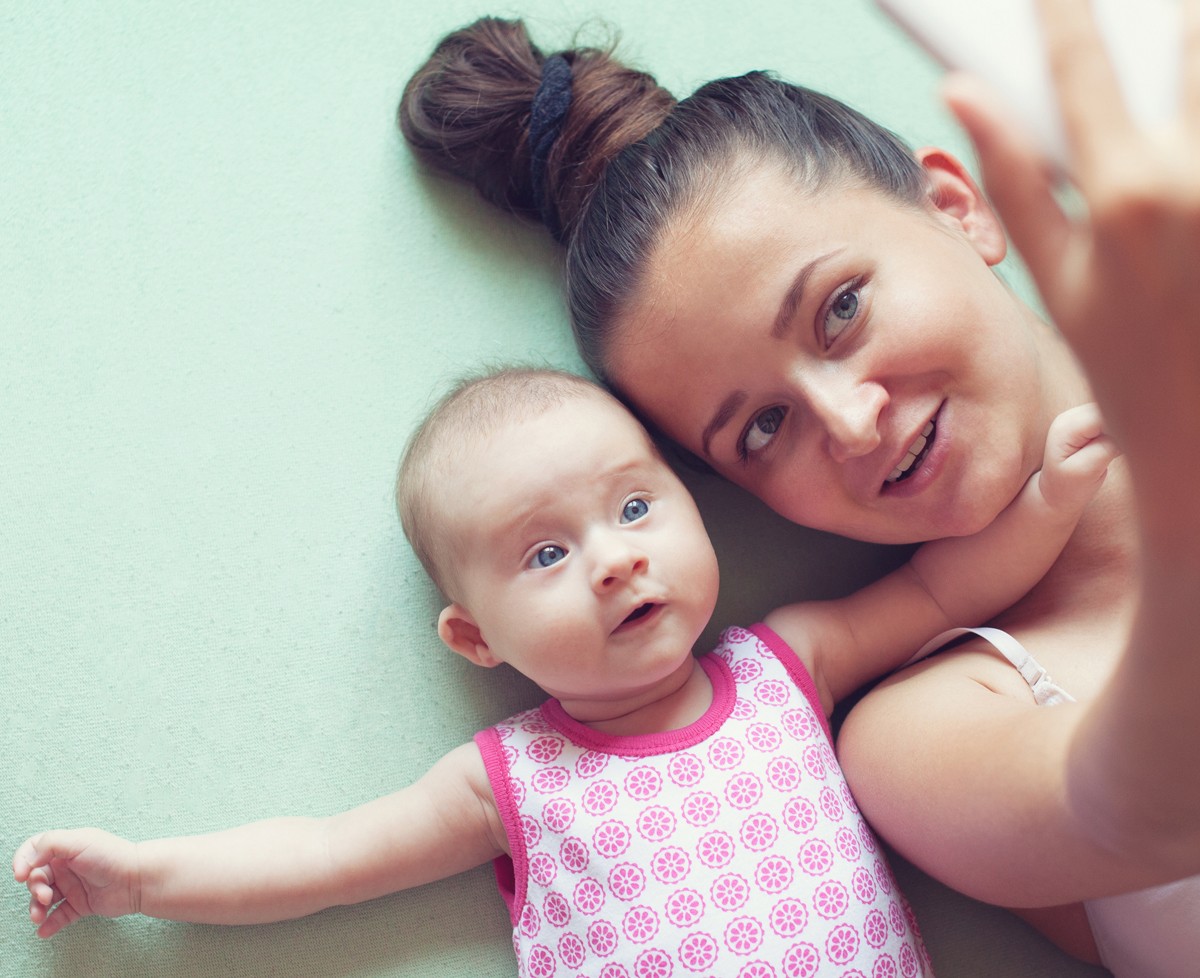 Over that last decade, YouTube has grown from becoming a place where you can upload one-off videos of babies eating their first taste of sugar or cats sleeping to an Internet destination full of real-life stories shared by others. Where television and cable fail to provide content that is of interest to marginalized voices, YouTube has become an equalizer by allowing people to take agency by creating channels about the unique experiences of their lives.

For LGBTQ parents and Solo Moms, there are quite a few YouTube channels and shows you might be able to relate to. Most of the parenting shows have a humorous bent that follow the episodic storytelling formula offering a “day in the life of” premise to capture the audience. Others are issue focused or educational with the “star” of the show sharing information in teachable moments.

Of course, with this kind of visibility created by social media, there are actual bona fide YouTube celebrities (with sponsored content) who have taken their shows on the road so that you can meet them in person.

Here are four popular LGBTQ channels focused on parenting that might be of interest to you and your family:

1. OliviaHas2Moms features married moms Denise and Ebony and their four-year-old daughter, Olivia. These industrious ladies started their channel in 2011, the day after President Obama was elected for a second term, noting their excitement about his presidency and what was to come in their lives.

They average at least one video a week, garnering upwards of 85,000 subscribers with more than 6 million views to their channel. Their videos generally range from two to 15 minutes and have the aforementioned “day in the life of” feel with topics ranging from their TTC (trying to conceive) journey to “Is Mama a Boy or Girl?” which shares how the moms are dealing with Olivia’s understanding of gender expression.

If you watch their videos from the beginning, you can see how far they have come in terms of the show’s production value and their familiarity with the camera, as well as the variety of episodes, which include humorous Internet challenges or the specificity of dealing with Olivia’s medical condition.

As you probably have guessed, the star of the show is Olivia. Watching her grow up in front of the camera is a delight, if not a bit scary, as she’s incredibly telegenic and savvy. It’s almost as if she has natural-born comedic timing. Some fun episodes to watch include “Are You Smarter Than Olivia?”—in which the precocious toddler competes against other YouTube stars in a question-and-answer challenge (yes, she usually wins)—and any video featuring Olivia. She steals the show every time.

The moms are embarking on a journey to having another child, with Denise carrying the baby, so it will be interesting to see how their lives take shape with a new addition to the family. The family also has made a few appearances at LGBTQ events around the country. Follow them on their various social media accounts to find out where they’ll be.

2. Gay Family Values. Bryan, a military veteran and police officer, and Jay, who manages the household, have been together for more than 15 years. While living in Northern California, they began making Gay Family Values in 2006 in response to Proposition 8, the statewide ballot initiative to stop same-sex marriage.

Along with their adoptive children, Selena and Daniel, the fathers wanted to show the world that they were just like “every other family” in hopes of combating the negative legislation that would deny their right to live and love.

The channel chronicles their lives through the lens of activism, often touching on pop culture memes and news stories in the media that affect them. They are responsive to their audience in their Ask A Gay Family Series and have supported their children’s activism.

Since they have been at this for 10 years, they are one of the longest running series on YouTube, racking up close to 9 million views on their collection of videos. If you start from the beginning, you can watch their children grow up (Daniel is a teenager now) and witness how the children have developed through their various life changes. Gay Family Values’s content avoids being overly slick or snarky. They are heartfelt fathers who are hoping that their story will make a difference for anyone who watches.

3. The Next Family, along with an accompanying website, is geared toward the LBGTQ and modern parent community. Featuring Brandy Black; her wife, Susan; and their three children, videos are usually uploaded three days a week and include product reviews and advice on parenting.

Instead of focusing only on what is happening in their day-to-day lives, they have more of an emphasis on a semicasual talk-show format. Upon viewing, they are trying excruciatingly hard to be Internet “personalities,” which sometimes feels a bit disingenuous when watching.

Their talk-show videos range from their gay friend Jacob’s explanation on what cis, trans, and gender-neutral terms mean to their first video interview with Jason Mesnick from ABC’s The Bachelor. (You might remember him as the bachelor who was a solo dad to son Ty on season four of the show.)

The channel also attempts to incorporate the ideals of “modern parenting” through advice, which does not always hit the mark. One interesting social experiment they captured was asking a straight couple the ludicrous questions they get as lesbian moms, which was a nonconfrontational way to get to the heart of the bigotry they experienced. It would have been interesting for them to take more of a stand.

Bright spots on the channel include the videos featuring their children and their response to the tragedy in Orlando, which was a simple discussion between the two moms and their love of being a part of the LGBTQ community.

4. JiMONiC19 (Jing & Monica). For viewers who are interested in watching a couple begin their relationship and vlogging journey, Jing and Monica’s story captures both. They began to chronicle their TTC process in 2011 and 96 videos later (which include their marriage and failed in vitro fertilization attempts), the moms finally had their daughter, Estelle Mya, on February 16, 2014.

Their initial videos are fraught with the challenges of creating ongoing content, which include blurry images, meandering (and uninteresting) dialogue, and very little to no editing. It was a challenge to stay tuned in. However, since having their darling daughter, they have become savvier with the styling of their videos and more creative in their storytelling.

Monica often serves as Solo Mom due to Jing’s work schedule, so it is evocative to see each mom’s parenting style. Watching Jing and Monica will grow on you as Estelle grows. Their show is only a few years in yet has a substantial following, and the two women have been seen at several Pride events.

What is great about all these channels is that they give you a glimpse into how others are handling the ups and downs of family life. And although there is some notoriety attached to sharing the details of one’s life, these folks aren’t the Kardashians. Seeing ourselves reflected in others has the potential to bring us all closer together. Now if only there were a Solo Mom channel . . . hmm?