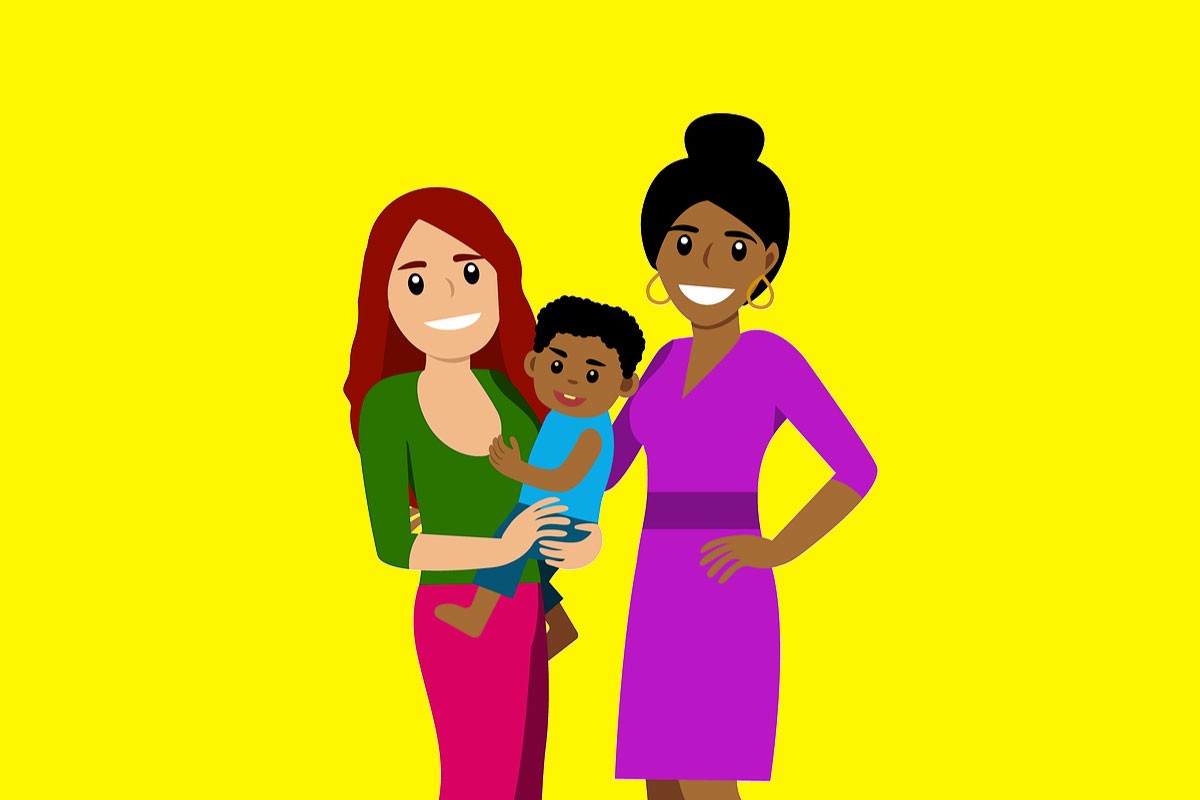 Books that help start the conversation

We live in a diverse world. When I look around my son’s school, I see same-gender parents and families with transracially adopted children, as well as several transgender and openly gay kids. For many of us who grew up in a different time, talking to our kids about LGBTQ people and families can be difficult. But it is increasingly more important to make all children feel loved and valued.

Here are five children’s books with LGBTQ-friendly characters that could help open up conversations with young children about the increasingly diverse world around them and the LGBTQ people in it.

1. In Our Mothers’ House
Written and illustrated by Patricia Polacco
Philomel Books, 2009

I love this book. It tells the story from the viewpoint of a woman who was adopted by two women when she was a baby. The women go on to adopt two other children as well. The adopted children are from different cultures, but they compose a loving, warm, supportive family. The mothers, Meema and Marmee, are surrounded by extended family, and there are raucous and fun family gatherings. The mothers are active members of the community and organize a block party. The block party has families of several different ethnicities, adding to the book’s inclusive message. There is mention of one woman who does not like Meema and Marmee, and there is a confrontation at the block party. The children are confused as to why this woman doesn’t like their moms. The neighbors are protective and close ranks around the mothers. I like that the book addresses that there may be some hostility from people in the world, but if you are surrounded by warm, supportive people, it will work out. It is beautifully illustrated and made me hopeful that families like this one will become more commonplace.

Anthropomorphic animals are some of my least favorite things about children’s books. But I liked Worm Loves Worm. It tells the very simple story of two worms who wish to marry. The other insects have concerns and questions about this. For example, the bees wish to know who is going to be the bride, as they want to be the Bride’s Bees. The worms think a bit and decide they can both be the bride. Then a beetle wants to know who is going to be the groom—as he wants to be the Groom’s Beetle. The worms again consider this and decide they can both be the groom. Throughout the book, issues are brought up, often under the phrase “That’s how it’s always been done.” But the worms and the other insects all work together to come up with solutions to these problems that fit for the worms. At the end, the two worms, wearing wedding rings like belts and dressed as both the bride and groom, are married—because Worm loves Worm. I like that there is no gender indicated (do worms have a gender!?) but that these two worms want to be married and their wedding maintains certain traditions but are adapted to fit them. It speaks subtly to marriage equality. Two creatures ought to be allowed to be married based solely on the fact that they love each other and not on how “it has always been done.”

In this book, the protagonist is a young boy, Jacob, who is in early elementary school. He loves to play in the dress-up corner at school and often chooses to wear the dresses. A classmate, Christopher, teases Jacob about this. Because of the teasing, Jacob constructs a “dress-thing” made of towels and decides to wear that to school. Christopher not only teases Jacob but also takes Jacob’s “dress-thing.” When Jacob comes home he is upset and decides he wants to make a real dress that Christopher can’t pull off him. He asks his mom for help making the dress. She hesitates while answering, and he feels like he can’t breathe. She eventually agrees to help him. He makes a dress and wears it to school. He stands up to Christopher, and with the help of some supportive classmates, he heads out to the monkey bars to play at recess.

One of the elements of this book that I really like is the fear Jacob feels when he asks his parents if he can wear a dress to school and the uncertainty his parents feel when answering. It seems realistic to me and could help moms discuss their fears as well as their children’s.

This is the story of a “Princess Boy” who is four and likes sparkly things and the color pink. The child in this story is loved by his family and friends. But when he goes shopping and wants to buy traditionally “girl” items, such as a pink bag, people laugh at him. And they laugh at his mother. And this hurts. But Princess Boy doesn’t care and continues on his way. The book ends with a series of questions to the reader: “If you see a Princess Boy . . . Will you laugh at him? Will you call him a name? Will you play with him? Will you like him for who he is?” I like that the book ends with conversation starters for moms. You can ask these questions and discuss how your child might react to a “Princess Boy” and how your child should treat him. If you are raising a boy who identifies with traditionally “girl” clothing or toys, this book may help him talk about his preferences and feel more comfortable with himself.

I really love this story. It’s a true story about two male penguins, Roy and Silo, in a zoo. It is spring, and all the animals are pairing up. Roy and Silo go through the traditional courting ritual with each other. When the other penguin couples build a nest and lay an egg, Roy and Silo build a nest together, and since they don’t have an egg to hatch, they attempt to hatch a rock. The zookeeper notices their devotion to each other and their rock, and when he finds an abandoned egg, he places it in their nest. They care for it, and when the egg hatches, they take wonderful care of their chick. Their little penguin family is just like all the other penguin families. I love that the zookeeper passes no judgment, just sees two penguins who wish to be parents. Although the story is about penguins, this book could easily start conversations about same-gender parents in your child’s life and reinforces the notion that all you need to be a good parent is love.

Books can be great conversation starters for kids and can expose them to ideas that they may not encounter in their day-to-day lives. These five books can provide a great starting point for any Solo Mom wishing to teach her children about the LGBTQ members of her child’s community. Curled up and reading together is a wonderful way to discuss important issues and share concerns and feelings.