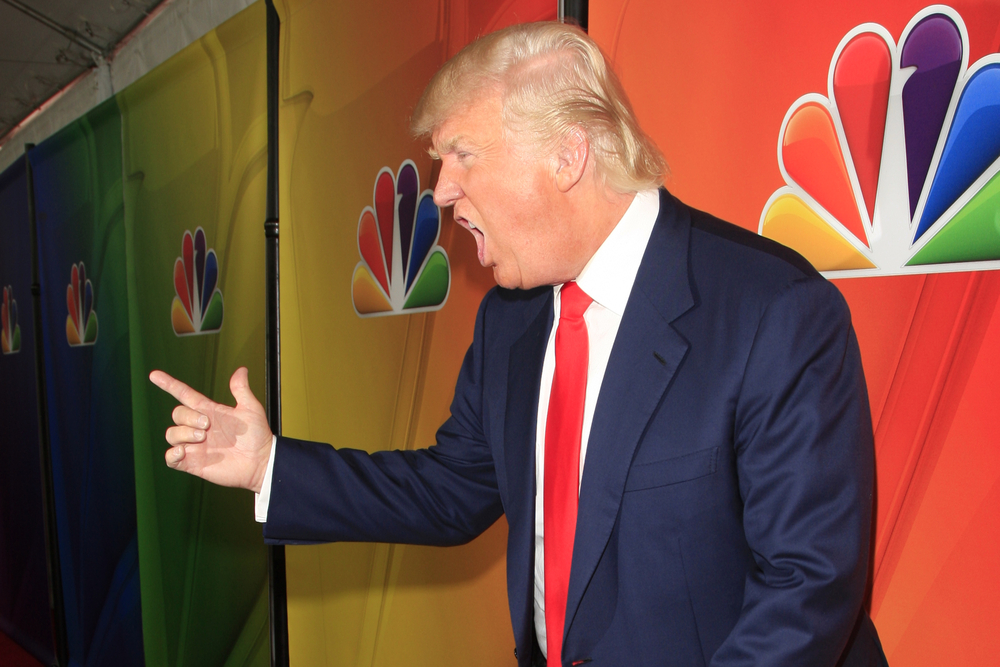 Back in the 1980s, when I was a teenager watching Back to the Future for the millionth time, had someone told me you would be elected the 45th President of the United States (POTUS) in 2016 (by a minority of voters and an arcane glitch called the electoral college), I would not have believed it.

That universally disliked, thick-skulled, high school bully who buys friends? Who cheats, steals, or grabs because it’s the only way to get what he wants?

But here you are, Biff, drunk with power, storming into Lou’s Café to pour a milkshake all over the rights of transgender kids.

Do you even know what you did, Biff? By advocating to repeal the guarantee of equal rights for transgender students, you have told transgender kids, We will not protect you. You have told anti-LGBT state legislators who are chomping at the bit to attack transgender rights, It’s open season; go get them.

Why, Biff? Because LGBTQ haters Mike Pence, Steve Bannon, and Jeff Sessions told you to? Because you’re too weak to act on your own values? Because you make yourself feel big by making others feel small?

Let me tell you something about transgender kids, Biff: they are anything but small. In fact, they’re fierce. They’ve shown more courage and character in their youth than you ever will in your entire life.

President Biff, if you were anyone else, I would appeal to your empathy here. I would ask you to imagine how you would feel if the world insisted you were a girl, forced you to wear dresses, expected you to fuss over your hair and makeup, and—no matter how you tried to prove otherwise—refused to acknowledge that you are, indeed, male.

I would ask you to imagine growing up in a body that does not match your innate sense of your gender. How would it feel to face alienation, crushing criticism, and threats of violence, simply for expressing the essence of who you are? How would it feel to be mandated to use the women’s restroom or locker room, despite the visible expression of your maleness, because at birth—before you yourself could voice your gender identity—a doctor pronounced you female?

But Biff, empathy requires a trait you do not have: the ability to think about life from someone else’s point of view. So I’ll try something different.

On the off chance that you might decide to take a break from thinking about yourself and start thinking for yourself, President Biff, I want to provide you with a little information about gender and transgender people:

Let’s start with some basic medical facts, as presented by Dr. Deanna Adkins, director of Pediatric Endocrinology at Duke University School of Medicine and the director of the Duke Center for Child and Adolescent Gender Care. Since you don’t read much, Biff, I’ll give you the CliffsNotes version (which you can ask someone read to you).

Medical studies have shown that a person’s gender identity cannot be changed. Just as we could not dress you up in a gown and call you a woman, Biff, you cannot dress a transgender boy up in a skirt and call him a girl, no matter what gender he appeared to be to his doctor on the day he was born.

Over decades of treatment and research, medical science has concluded that attempts to change a person’s gender identity to match the sex assigned at birth can lead to “deep depression, psychosis, and suicide.” In fact, Dr. Adkins says, “With the exception of some serious childhood cancers, gender dysphoria is the most fatal condition that I treat because of the harms that flow from not properly recognizing gender identity.”

Therefore, gender dysphoria is treated by bringing a person’s body into alignment with his or her gender identity, not the other way around.

Still with me, Biff, or whoever is reading this for Biff?

Great, now let’s move on to one of your favorite topics: “Fake news!”

You’ve probably seen those fearmongering, antitransgender ads in which a man dressed as a woman follows a young girl into a public restroom, illustrating why we need “bathroom laws” to “keep our children safe.”

You see, these ads are—wrongfully, destructively, and purposefully—confusing transgender people with sexual predators.

If you want to meet an actual transgender person, Biff, allow me to introduce you to high school student Gavin Grimm, a charming, kind, intelligent, unassuming teenager who would rather tell you about the antics of his beloved pet, a potbellied pig, than discuss the specifics of his gender.

If you want to meet a sexual predator, Biff, someone who really should be barred from using public restrooms, well, just take a short trip to the nearest mirror, pussy grabber.

I’m no fool, Biff. I’ve seen Back to the Future. I don’t expect appeals to empathy, decades of medical research, or actual facts to change your behavior. That’s OK, because the founders of this country anticipated bullies like you, splitting the government into three branches: executive, legislative, and judicial.

Your power is limited, President Biff, not because you’re in Putin’s pocket or you’re Bannon’s errand boy, but because as POTUS your actions are governed by laws you can’t change. I’m going to venture a guess that your actions have never been more regulated or restricted in your life than they are right now.

As for our transgender youth? They have empathy, medical science, and facts on their side. If that’s not enough, they’ve got an army of supporters who will fight for them until they enjoy every single right and protection promised to all people by the Constitution of the United States. And Gavin Grimm? He’s headed to the Supreme Court of the United States, Biff, where we hope justices will recognize his humanity and his right to use a restroom that matches his gender.

Listen, Biff, we the parents and allies of transgender youth outnumber you, we are smarter than you, we are angrier than mama bears protecting our young, and we won’t give up until we win equal rights for all people in this nation.

So Biff, why don’t you go back to Photoshopping crowds of people into your inauguration photos, while the rest of us join our local school boards, our state legislators, our congressional representatives, the American Civil Liberties Union, the National Center for Lesbian Rights, and the National Center for Transgender Equality, fighting to ensure transgender youth the rights and protections they deserve.