A Queer Kind of Mom Guilt 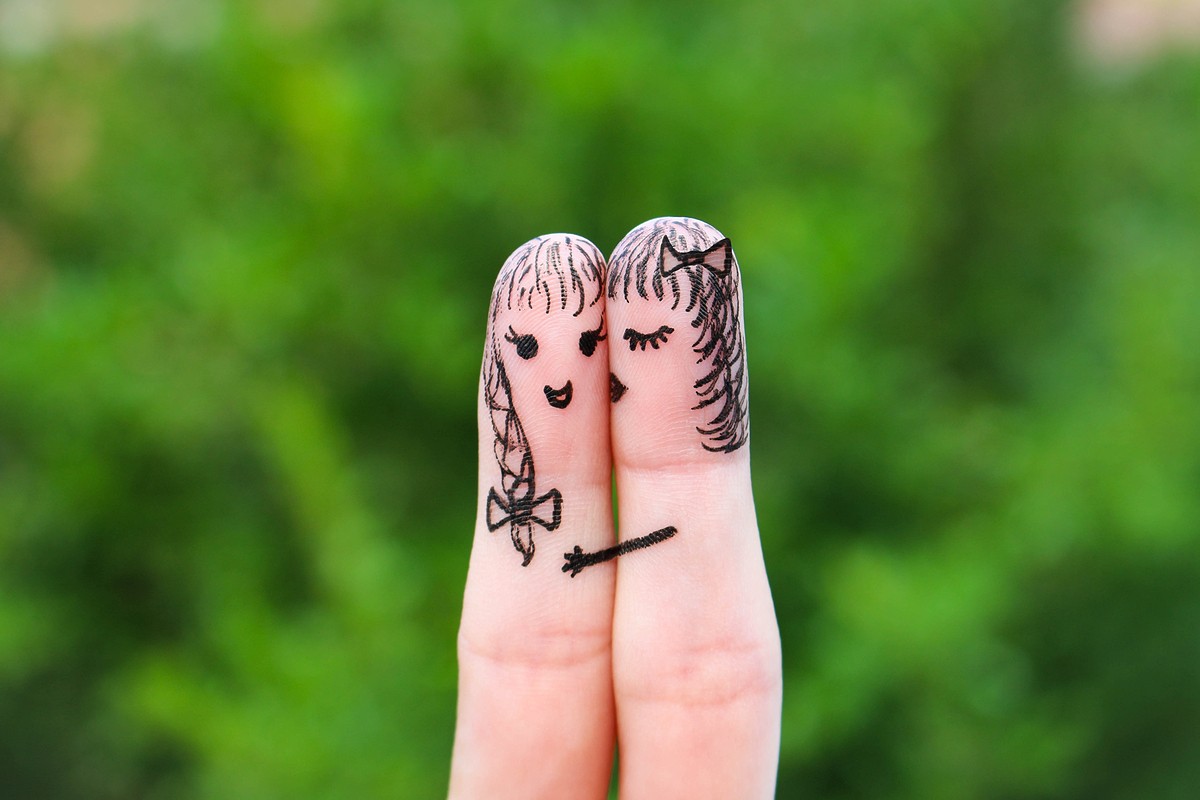 Is having lesbian parents a burden?

I started identifying as bisexual in my early 20s, but seeing as I was married to a man (yes, I know: so young, so young), my sexuality was largely theoretical. I recognized but never acted on my attraction to women. Then my ex-hubs and I divorced on the eve of my 30s, and soon after, I kissed a woman for the first time. And I liked it. (Sorry, Katy Perry, couldn’t resist.)

To say my whole life pivoted in that moment would be an overstatement. I was still the same person I had been before all that girl kissing. I still carried the same values, beliefs, and goals. I was the same friend, colleague, and family member people had always known. But I was also quite certain I would live the rest of my life loving women.

What I wanted for my future—a fulfilling career, a loving partner, a thriving family, a Subaru (kidding, not kidding)—did not change with the realization that I was “bi now, gay later.” But four things did change:

1. The way some people, known and unknown to me, would view my life

3. The way I would go about starting a family

4. The social circumstances for my future children

I did a lot of thinking about these changes way back in 1999, mostly about the social circumstances for my future children.

At that time, I had lesbian friends in committed relationships who had adopted or who were raising children from previous heterosexual relationships or who had started their families with the help of a donor. But for mainstream America, lesbian parents were still an anomaly best represented by a Rolling Stone magazine cover photo of Melissa Etheridge; Julie Cypher; their children, Bailey and Beckett; David Crosby; and Jan Crosby (aka David’s wife). The accompanying article, “Melissa’s Secret,” which identified rock legend Crosby as the donor who helped Etheridge and Cypher conceive their children, treated this modern family as something between a curiosity and a sideshow spectacle.

So this is the social climate my someday children would be born into? Did I want that for them? I was pondering these questions one morning when I visited my dear friend’s daughter’s elementary school to listen to her music class. Walking into a large auditorium filled with children’s singing voices, I teared up as I always do when groups of children sing. I also felt my heart ache as I observed these children’s various degrees of comfort, awkwardness, belonging, and alienation reflected in their body language.

I breathed in, as if it were a vapor I could inhale, my own elementary school awkwardness and alienation—feeling too big, too loud, too tomboyish, too red-haired. This visceral reminder of the social stressors kids face got me wondering: Is it fair for a lesbian to have a child? When an LGBTQ person comes out, every member of his or her family, whether wanting to or not, becomes inextricably connected to the queer community. Is it fair to set a child up with that kind of social baggage?

After the performance, walking out of the auditorium toward the parking lot, I was lost in these thoughts, until the sound of clicking heels snapped me to attention. Up ahead I saw a mom dressed in a business suit, speed walking toward the school, her son’s hand clamped in hers, his kindergarten-sized feet working double time to keep up. “Let’s go,” she said, “you’re going to be late.”

I smiled at her and said, “The bell hasn’t rung yet.”

Then I looked at her son and said, “Keep it up, buddy! You’re almost there!”

Of course not. So why would I let homophobia dissolve my dreams of parenthood?

Homophobia lives outside me. There’s only so much I can do about that (and, yes, I do what I can). But if I let homophobia scare me off the path I feel called to take, I’m inviting it to live inside me. That’s self-destructive, and I’m a firm believer that what’s self-destructive is other-destructive as well. When we fail to act in alignment with our life callings, we lose access to our true selves and to the gifts we’re meant to bring to the world.

On further reflection, I saw a dangerous flaw in the idea that queer parenthood creates an unfair burden on a child. This idea presumes that gay parenthood is a problem, when really homophobia is the problem.

In addition, this idea presumes that the brunt of homophobia should be shouldered only by queer people and their families. If I were a straight woman, would I wrap up my future kids in the safety of heterosexual privilege and ignore homophobia? No. As a white mom, would I shelter my future kids from the realities of racism, simply because I can? No. My someday family would work toward social justice no matter what because we believe in equality for all people.

Five years after I came out, my dreams of parenthood were realized when my then-partner and I celebrated the birth of our first son. Two years after that, we welcomed our second child. Their births coincided with the rise of California’s marriage-equality battle, so they became de facto activists, representing queer families simply by being the sons of lesbians. As a result, my kids have grown into politically savvy, civically engaged 10- and 12-year-old boys.

Perhaps most important to my sons’ sense of emotional security is their understanding that their parents’ sexuality is not the problem; homophobia is the problem. When they encounter antigay sentiments, whether in person or in the news, their response is not, “What’s wrong with our family? Why are we this way?” Their response is, “What’s wrong with that guy? Why does he think that way?”

When I ask my kids how it feels to have lesbian parents, they say sometimes they get tired of explaining their family structure (two moms who live in different houses, no dad). They express these feelings with the nonchalance of someone saying, “Sometimes I get tired of brushing my teeth, but I don’t want cavities, so . . . ”

My worries about the impact of my sexual orientation on my children seem so distant to me now, not to mention uninformed. In 12 years of parenting, I have seen how growing up in the center of a civil-rights movement has built character in my children. I see how their own experiences of combating homophobia have translated into an understanding and concern for others who encounter systemic injustice.

As I have parented alongside other families in my neighborhood, at school, on teams, in musical theater casts, and at dance classes, it has become clear to me that life hands children all kinds of circumstances they don’t choose—lesbian parents or divorced parents (or, ahem, both), a difficult medical diagnosis or a serious lack of athletic prowess, a fear of heights or dark skin in a racist world, a significant learning deficit or the loss of a loved one. We are all dealt an unpredictable set of cards, and we do the best we can with them.

Over time I have learned that our job as parents is not to eliminate the challenges in our children’s lives, however big or small. Our job is not to provide for our children what “everyone else” has so they don’t feel different. In fact, smoothing life’s bumpy path for our kids is not only impossible but also unhelpful. To become the healthy, functioning, fulfilled adults we want them to be, our children need to learn to manage their own bumps. Our job is to support our kids as they meet their unique challenges, developing strength, resilience, confidence, and character along the way.

LGBTQ parenting talk to your kids