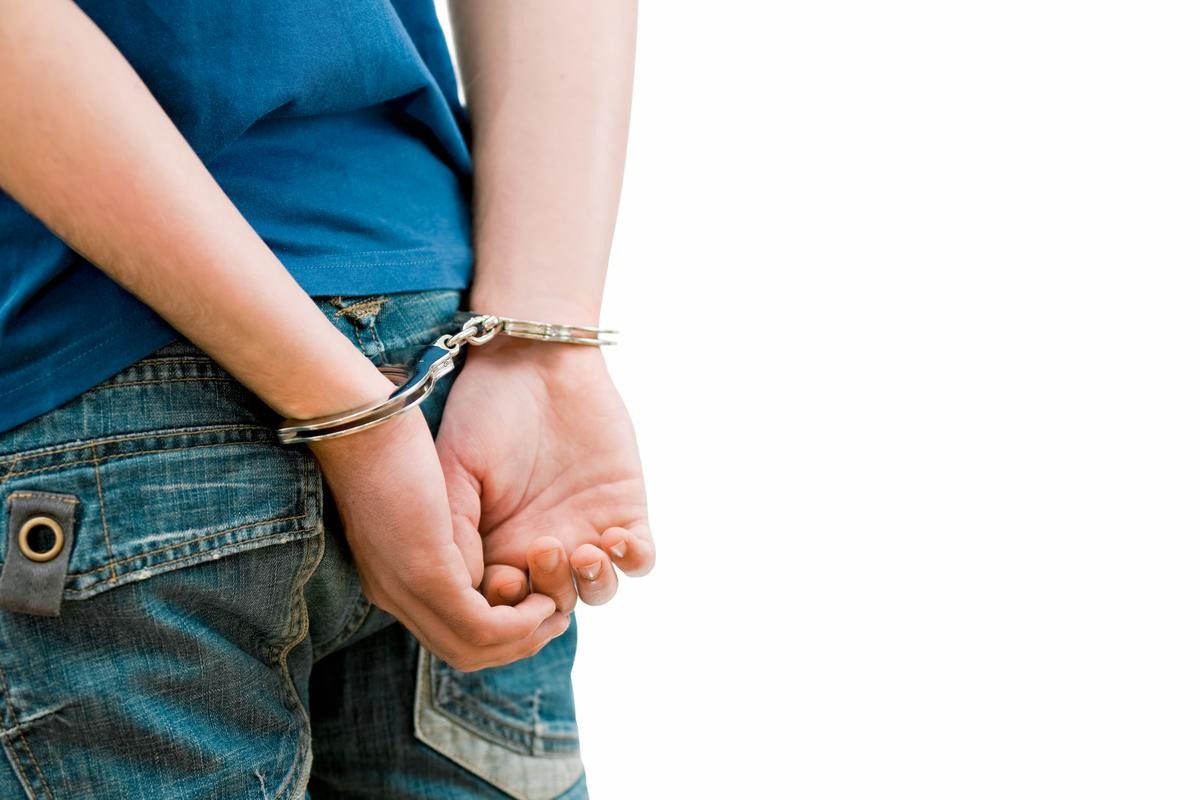 When a son with addiction gets arrested

It’s 3:13 a.m., and I am on the phone with an officer at the station where my son is being held. I am trying to make it clear to him that my son, who is on high-dose methadone, needs to get to the emergency room right away.

He’s not just drunk; he is also swimming in a river of Xanax.

I know this because at 3:09 a.m., I got a text from his father telling me so. My son lives with his father, and he allows a Xanax-addicted, openly alcoholic woman to stay there for days at a time. After a night of taking Xanax bars and drinking, my son and the woman had a fight. His father was not at the house, and the woman alleged that my son hit her so the police took him in—and the police have no idea what he is on.

As the mother of an addict, I specialize in quelling disaster. I have mastered the art of channeling Zen while my inner self is shrieking. Taking a deep breath, I ask the officer his name and how to spell it. Then I reiterate how combining Xanax with alcohol and methadone can kill someone.

“Will I be able to call back once my son gets to the hospital and speak directly to you? Because,” I remind him, “the officers had no way of telling what he was on when they brought him in. But I told you,” and I say his name again.

I don’t know if this tactic of trying to force responsibility on the officer will propel my son’s transport to the hospital. I do know that without alerting the police, he is in tremendous danger.

And there is something very, very wrong with that sentence: Why should a person in the care of our public safety system be in such danger? Because they are trained to deal with criminals, not patients.

Our justice system works by imposing negative responses for criminal behavior until there is, ideally, a change in the person’s behavior. Drug addicts are frequently deemed “criminal,” but that is not necessarily their nature. They sometimes commit crimes to feed their addiction, and our criminal-justice system does not seem to understand that an addict’s behavior is biological in its impetus, not behavioral—and that’s an enormous problem.

I wake up my daughter and begin the hour-and-a-half drive to the hospital. We wait for hours. Finally, we are told that in his drug-addled, drunken stupor, my son stated that he was going to kill the woman at the house.

This is considered a terroristic threat.

Two armed police officers are in his room, and visitors are prohibited. They have his arms and legs shackled to the bed while he sleeps, and we are not allowed to see him.

I talk to the nurse, explain how his father’s house is not safe, how my son needs to get away and that he won’t live with me—with rules—and that he needs to get to rehab. She agrees and goes back inside to talk to the police. When she returns, she gives me the name of the rehab where the police are bringing him. We still can’t see him, so my daughter and I drive another hour to the facility and wait some more.

“This might be his bottom,” my daughter says. “I can finally stop worrying about him.”

I nod. I don’t remind her that we’ve had this conversation many times before. I don’t need to; at 16, she has been dealing with her brother’s addiction for seven years.

At the rehab facility, we wait some more. Finally a nurse emerges. My daughter smiles at me. The nurse is sorry, but she tells me he won’t be coming tonight. The police have decided he does not need rehab; they have sent him to county jail.

We drive to the jail only to be told we cannot see him without registering online for a visit. We need to be approved, and this process takes 24 hours—no exceptions. His bail has been set at $10,000.

I look around at the jail for a minute. I have never been inside one before, have never seen the barren starkness of the walls or inhaled the terrible scents that rise from every corner. My daughter is standing unusually close to me.

A strange weight overcomes me. It’s as if everything I have failed at in life is pressing on me. That is what this warehouse filled with humans evokes. I can’t imagine what my son must be feeling inside his cell.

The man at the desk keeps talking. I write everything down, keeping my head down so my daughter does not see me crying. I am given the name of a bail bondsman in the area and the URL of the jail. I hold on to these two pieces of paper all the way home as if they are anchors.

The next morning, I arrange for an advance on my credit card to get $1,000 for the 10% bail. “I’ll bring it,” I tell the bondsman, “tomorrow evening.” That’s how long it takes for the money to get to me.

I think about the other addicts, the ones who do not have aggressive, vocal mothers who advocate endlessly for them, who make phone calls and have the means to own a car and a credit card. Who do they wait for?

I call the jail to be told my son is in the medical unit. He has suffered a seizure from methadone withdrawal. Someone gets on the line and says they will not give my son methadone. “We don’t believe in that here. He’s doing OK.”

I tell her that for the last 40 years, methadone has been the primary treatment for opioid dependence and is on the World Health Organization’s list of essential medicines that should be made available at all times to its patients. It is similar to insulin.

She listens to me and says in a wry tone before hanging up, “He’ll be fine. They always are. We don’t let them have their chemicals here.”

My son gets out the next evening. It’s dark, yet he blinks as if blinded by sunlight. He has a stricken, dazed look. He is shaking and sweating from the withdrawal.

I tell him what I was told. “I called to get an arrest report, but since it contains medical information, I can’t get one.”

“I remember drinking,” he says, “then I woke up in the hospital with the two cops on my bed.”

His sister sits in the backseat, staring out the window into the darkness.

“Wow, the guards in there.” My son shakes his head. “They gave me a piece of paper and told me to write my last will and testament.” He reaches into his jacket for the paper. “I told the guy I own a mattress and a TV. That’s it. Then I asked him if he wanted them.” He laughs.

His sister and I smile at this glimpse back to his pre-addict personality.

“Absolutely. You know, the guard told me the guy in my cell before me died in it. You know how?”

I shake my head.

“That was why he wanted you to write your will?”

“So let’s think about rehab instead of wills, OK?”

This time, I believe him.

Only my son never made it to rehab. He tried. He stayed with me for a while. We called 19 rehabs in New Jersey; not one would take him, as he was on a 140 mg dose of methadone; the maximum allowed in the state is 30 mg, and he could not leave the state because of the “terroristic threat” he supposedly made.

I brought my son to two New Jersey hospitals; neither would accept him. As time lapsed, and I could not find him help, he fell away from me—and back to his father. His father let the woman move back in. My son returned and is there now.

My daughter and I lived frugally to pay back the money lost to bail. It was the least important thing lost in those weeks. What stayed with me was that dense weight of failure: my inability to get my son released in any sense of the word.

I don’t know how to cure addiction. I do know that disdain for addicts and bullying by corrections officers won’t do it. And I now understand that disdain and moral judgment play into addicts’ lives in terrible, irretrievable ways. That is the punishment that is doled out: we have no means of keeping them, of helping them. They return to the same circumstances that brought them to the jail in the first place. That is the nature of addiction: it is a cycle.

I asked the police if they heard my son say he was going to kill the woman. They did not. The woman, who has an incarceration history because of her own substance-abuse issues, was drunk and high when she reported this statement, yet her accusation—the terroristic threat—prevented my son from leaving the state, as it is an indictable offense. (Other states would have accepted him into their rehab facilities at his methadone dosage.)

Did he say this sentence that prevented him from entering rehab? Or did she say that as retaliation during a drunken argument? Was she believed because the local cops know that my son is an addict?

No matter how we view addicts, we all have to pay for dealing with their addiction until it is treated—all of us. We need treatment in jails, mandated rehab so people like my son do not return to the same dysfunctional situations that enable them to use. Jails are large places that are already in place and would serve perfectly as rehab facilities.

Incarceration costs money, arguably more than a rehab would because there is less crime when addicts are sober. Why are we not choosing the more humane option?

Join our confidential community of Sisters to connect with other Solo Moms whose families have been impacted by addiction and incarceration.