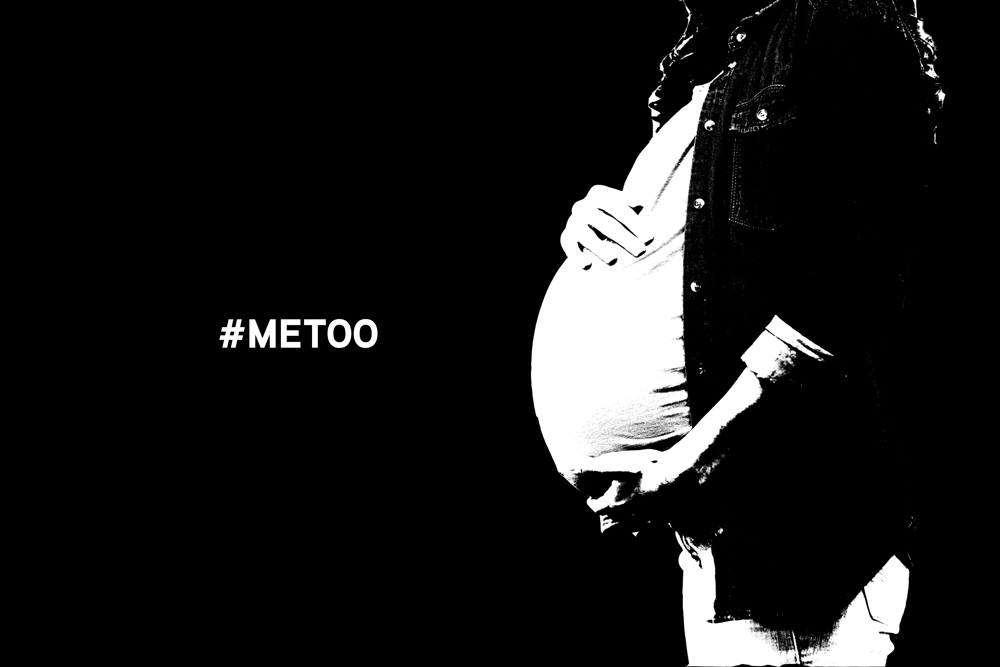 When abuse includes stealthing and results in an unwanted pregnancy

If you’re on social media and you haven’t seen the “Me Too” hashtag being used or even someone complaining about the Me Too Movement, you are living under a rock. Basically, women are being encouraged to post the words Me Too on social media if they’ve been the victim of any kind of sexual harassment or sexual abuse. Until now, I haven’t spoken out about the sexual abuse I’ve endured because I didn’t want to encourage my abuser to continue to harass me, especially since there are ongoing legal proceedings related to the abuse.

In early 2017, I decided to leave my husband. We were both unhappy in our marriage, and I didn’t see us being able to “fix” our relationship, since we had so many ongoing issues. Soon after my decision to seek a divorce, an ex-boyfriend, whom I’ll call Richard, convinced me to visit him, and I made the mistake of going. He had been verbally abusive to me in the past, but like all abusers, he worked hard to convince me that he had changed and was still in love with me. I stayed for a few days, and we started a long-distance relationship. I even started looking for work in North Carolina, as I was trying to figure out the next chapter of my life. What I didn’t realize was that this guy saw me as his meal ticket: as a college graduate with no criminal record, I was able to earn more than he could, and it was his every intention to ride my coattails as long as he could.

He also had zero regard for my health. He knew about the complications with my previous pregnancies and that it would be very dangerous for me to become pregnant again. My husband had gotten a vasectomy for that very reason, and I was clear with Richard that we HAD to use contraception if we were to have sex. He agreed and supplied the condoms necessary; however, the condoms had expired, and he had poked holes in some of them and even slipped some off entirely during intercourse, which is also known as “stealthing.” The one time I realized a condom had broken during intercourse, I asked him to stop, but he held me down so he could “finish” inside of me. By legal definition in most states, that very act was rape, but in North Carolina, it was not considered rape because I had already consented to sexual intercourse and therefore could not revoke my consent after intercourse had started. His intention was to impregnate me so that I wouldn’t leave him. About four weeks later, I discovered I was in the very early stages of pregnancy, and I felt my life closing in on me. He fed me all the usual lines about how he was going to be there and how he’d be the best dad ever and how he was going to really change his life around this time. I believed every word—he had been doing so well up to this point, or so I thought.

About the same time, my divorce proceedings were in full swing, and I had landed a decent job in Alabama. Richard decided to move with me, since his company was laying off employees and his employer seemed pleased to retain him and transfer him to the company’s Alabama office. However, shortly after we moved, Richard started drinking more again. He would give me approximately half his paycheck to help pay for living expenses; toward the end of the pay period, he would start asking me for money, which would be to buy himself beer and cigarettes. At first, I gave him the money, but as he started drinking more heavily, we simply couldn’t afford it, and he would become very irritated and tell me how greedy and mean I was. If I asked him to help around the house while he was home, he would make excuses for not doing anything.

Also during this time, he expected me to get a ride to work so that he could use my car to get himself to work; meanwhile, he made no effort to help pay for any of the car-related expenses, including maintenance or gas money. There were a couple of days in which I was unable to get a ride to work, so I took the car since he could take the bus to work, and I received a billion texts from him at work about how selfish I was and how I didn’t care about him. Every day, he would pick small fights with me and tell me how it was all my fault for trying to settle down with someone who was a “freebird” and how he wasn’t “used to the responsibilities” of being an adult. When I threatened to leave, he would apologize and tell me how he would work harder to be the man I needed him to be.

The final straw came right before my birthday. Richard was drinking, and when I corrected my four-year-old daughter and she began to cry, he mocked her excessively. I went to comfort her, and he went to make a phone call on the balcony. After she fell asleep, I overheard him telling the person on the line that he had used stealthing tactics and didn’t know what to do now because I was pregnant and he didn’t want to be with me anymore. I immediately told him to leave my home, as his name was not on the lease, and made it clear that I didn’t care where he went and that he was not welcome back except to get the remainder of his belongings. He spent about an hour pleading with me and telling me that I couldn’t legally kick him out, and then belittling me when he realized I was serious. I told him he could either leave or I was calling the sheriff to make him leave. He called someone he worked with and stayed there until going back home to North Carolina a few days later.

At the time he left, I was roughly five months pregnant. I could no longer afford an abortion, and I would have been uncomfortable with an actual procedure anyway, as I was too far along to abort using pills. He had also promised to help pay the bills for that month, as he had run up the electric bill by setting the air-conditioning to arctic conditions when I wasn’t home, and the rent was also due; I didn’t see a dime from him. I decided that the best thing I could do was to find an adoption agency, as I had no desire to parent this child, and the agency could provide some financial relief and counseling services to help me cope with everything that had just happened to me.

Currently, I am preparing to give birth while he is dodging a process server who is trying to serve him paperwork to obtain his consent for the adoption. He most likely believes the matter is related to child support. Meanwhile, I have several high-risk conditions that require daily injections and medications, and as time goes on and the conditions gradually become more troublesome for my health, I hate him even more. However, I am finally looking forward to the joy that my pain will bring another family, which is the only redeeming aspect of my situation.

Have you been a victim of abuse? We have a Community of Solo Moms who’ve been there and will offer support and information.