When Kids Ask Why You Got Divorced 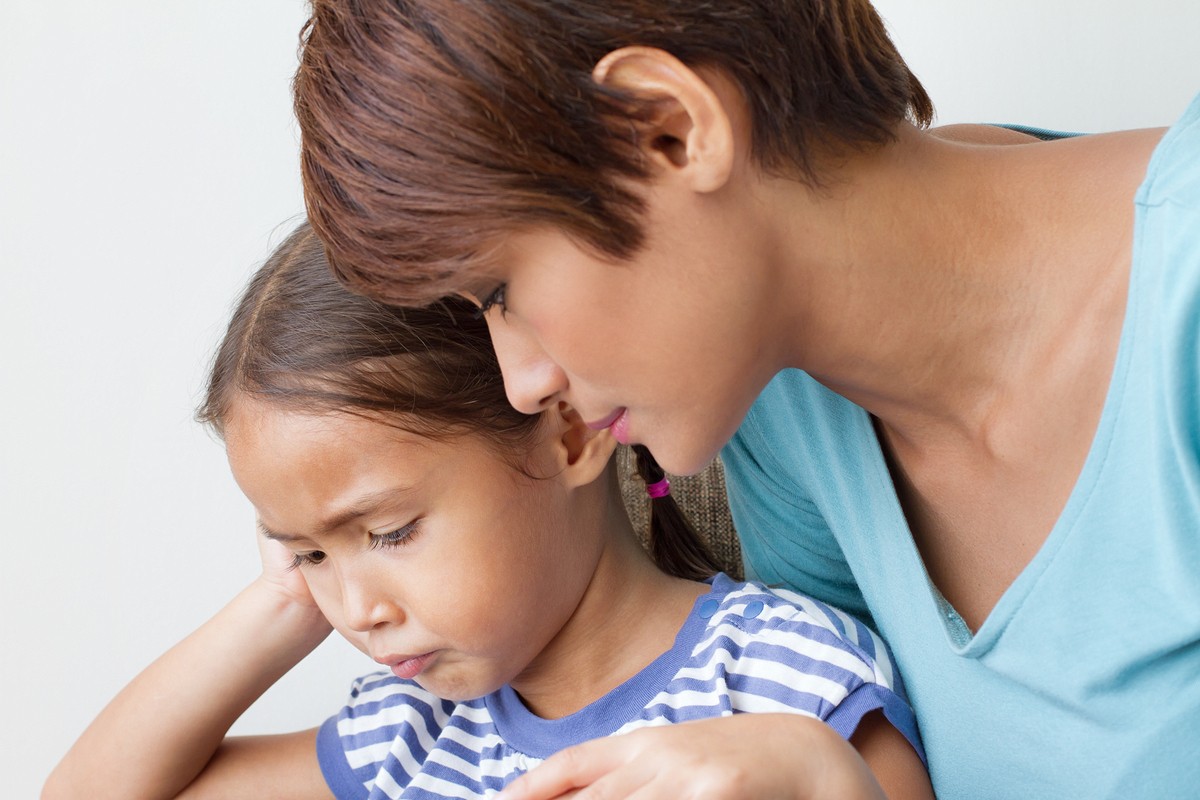 When my husband and I divorced, my daughter was only two years old. She doesn’t have any memory of what it was like before the divorce. My son, on the other hand, had just turned five, and his adjustment to the new situation has been much rougher than my daughter’s. He started asking me why we divorced, and as a newly single mom, there’s nothing quite as daunting as dealing with the emotional fallout when marriages don’t last. Often, we’re spending so much time just figuring out how to survive, not to mention dealing with our own feelings, that questions of why can feel overwhelming.

It’s tempting to answer with a quick “That’s none of your business” or “We’ll talk about it when you’re older,” but the results can be disastrous. After all, your kids have been deeply affected by the divorce, too. Deciding what to tell them and when is the great challenge for divorcing parents everywhere. Here are some things to think about when broaching the topic with your kids.

Be honest . . . but not too honest. Kids are very smart and intuitive. They probably sense more about the situation than you think they do, so being honest will not only help build confidence in their own cognitive abilities but also show them that you are an adult they can trust. This will become even more important as they head into their teenage years and begin having relationships of their own, modeling many of their expectations on what they’ve seen growing up.

Unfortunately, parents sometimes unload too much on their children. It can be especially difficult for Solo Moms, who are feeling very isolated in the wake of their divorce, not to treat their kids as their confidantes. Placing the burden of our failed relationships on our kids can lead them to develop long-term emotional issues. Instead, it’s important to remember that, even if our kids are older and easy to talk to, there are some parts of the divorce (and of our adult lives) that we should not discuss with them.

Listen for cues that they’ve had enough. Kids are very adept at giving us cues when they’re feeling overwhelmed by information, but we have to make sure we’re paying attention. For younger kids, a conversation might go like this:

“Mom, why did you and Dad get a divorce?”

“Well, we weren’t getting along very well. And we get along much better now that we can just focus on being good parents to you kids.”

“Hey, Mom, look at this world I created in Minecraft!”

At this point in the conversation, most of us sigh because the kid asked an uncomfortable question, we gave a thoughtful answer, yet it seems as if the kid is not even listening! But really, that’s not the case. It is completely normal for kids to change the subject when they’ve taken in as much information as they can handle. I suggest that instead of getting aggravated, parents take the cue and close the conversation this way:

“OK, but just know that you can always come to me with your questions. Now let’s take a look at your awesome new world.”

You may find yourself having a conversation like that one more than once. Each time it happens, your child is not only listening but also paying attention to your message. Keep it simple and consistent, especially when the kids are young.

Think about it now so you’re prepared. Maybe your kids haven’t asked yet. Maybe they’re too young or, because of the situation, they already know. But spend some time thinking about how you’ll answer the question if it ever does come up so it doesn’t catch you off guard. Remember to be respectful of your ex when speaking to your kids, even if your ex doesn’t return the courtesy.

Educate your kids about empathy, responsibility, and forgiveness. Don’t miss out on this opportunity to model the kind of behavior you’d like to see in your kids. They’re going to notice if you’re honest, nervous, or angry. They’ll also notice if you’re compassionate, thoughtful, and respectful. Use this conversation as a chance to show your children that being divorced does not mean being hateful. This can be a challenge when the relationship with your ex was full of conflict or even violence. But the way you speak to the kids about your relationship with your ex will not only shape the way they look at relationships in general but also inform their view of appropriate behavior. Taking responsibility for your role in the breakup will help them learn that it’s OK to be wrong. It’s a big job, but you can do it, Solo Mom!

I’ve been divorced for five years. My son is turning 10, which means I’ve been a mom for a whole decade now. I remarried this summer and have a good working relationship with my ex. Things are looking up, and yet I still get those questions. And they still make me as nervous today as they did five years ago, mostly because my kids are growing up and the questions have become much more probing. The lesson for all of us, I think, is that our kids don’t need to know about our sex lives or some insane fight that perpetuated the breakup. They don’t need to know about our transgressions or our ex’s. What they do need to know is that relationships are complicated and that they don’t always work out, but that we can move forward and find happiness even when we’ve been hurt or disappointed. If we can teach our children that lesson (and accept it ourselves), we’ll all be in good shape.