Let’s Get This Party Started 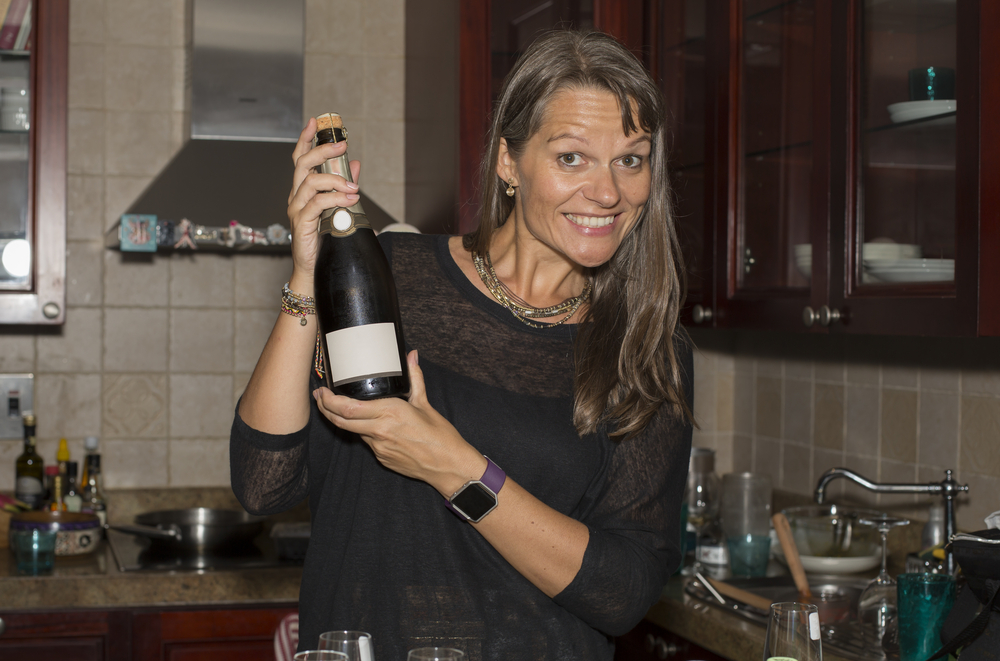 Jamie Dill describes going through a divorce as “a painful process.” The Chicago-based professional organizer and Solo Mom of a 14-year-old son, says even if it’s amicable, a divorce is both challenging and treacherous.

“It’s the end of a commitment you thought was going to be forever, so it’s traumatic,” says Dill of her divorce that took place four years ago. “And if kids are involved, it makes it that much more difficult.”

The challenge of getting through her divorce was Dill’s motivating factor to celebrate after it was final. How? By throwing herself a divorce party.

“I called it my ‘Freedom Party’ because to me, this was a celebration of my fresh start,” says Dill. “It was about closing this chapter of my life that wasn’t pleasant, marking that moment, and moving forward by celebrating with my friends.”

Divorce parties like Dill’s are a trend that’s becoming increasingly popular. Dee McCord, an event planner and the founder of Chicago-based company I Do Events, estimates that she has planned 30 to 40 divorce parties over the past five to six years.

“Divorce isn’t hush hush anymore,” says McCord, who has been in the event-planning business for 12 years. “It’s something that happens, and women are kind of embracing it as ‘I’m divorced, I’m single and happy, and I am going to be me,’ and a party is a kind of a kickoff of ‘I am going to be me.’”

Dill kicked off her party with an Evite to 25 friends that read “Picked the wrong guy, gave him the wrong finger.” The invitation included a photo of herself giving the camera the bird with her wedding ring on that finger.

The party, which Dill estimates cost her $350, was held at her home and included hors d’oeuvres, cocktails, and a celebratory cake that read “One Less Problem Without Ya.”

“It was a lot of fun, and I felt the support of the people who showed up,” Dill says. “I didn’t know a lot of divorced people at the time, so the people who came probably thought it was unusual to have a party for a divorce, but they went along with it.”

“Each party is unique, and you see their personality come out, but there is an underlying theme to all of the parties,” says McCord, herself a divorced Solo Mom of two who admitted she did not have a divorce party for herself. “A hundred percent of the parties are not about mourning what happened or the end of their marriage but [about] celebrating a new beginning.”

McCord says the dollar amount spent on divorce parties ranges from a few hundred dollars to thousands, and the highest she has planned was in excess of $60,000. She says planning a divorce party is like planning any other occasion, including a wedding or a significant birthday party. The planning can include choosing a venue, a theme, a DJ, flowers, the décor, the menu, and the dessert table.

Denise Kaplan is a divorced Solo Mom of two kids who threw herself a divorce party seven years ago. Ironically, it took place at the same Italian restaurant where she had her engagement party.

“I invited 30 of my closest female friends, including family, work friends, and college friends,” says Kaplan. “ I wanted to show them all my appreciation for being there for me. They saved my life during the very dark days, and it just seemed fitting for me to celebrate them.”

Kaplan describes her divorce party as “happy” and almost reminiscent of a 40th birthday party.

“There were no tears,” she says. “People were very happy to see me moving forward, and there was a lot of toasting to a new chapter.”

She says she put “no gifts” on her invitation, but her friends brought them anyway. The gifts included books, inspirational magnets, a gift certificate for a massage, candles, and sex toys. Kaplan gave all her guests nail polishes as a party favor.

But through all the fun, Kaplan has advice for those thinking of throwing themselves a divorce party: be sensitive to your kids.

“I was careful not to make reference to the party in front of my children because to them, this wasn’t a celebration,” says Kaplan, whose kids were ages nine and six at the time. “I just told them I was having a girls dinner with my friends.”

“Getting divorced is hard, and maybe a divorce party is a coping mechanism,” says McCord. “You don’t just ‘get over’ a divorce, and maybe these parties help people make a leap forward through the support of their community instead of feeling lonely and isolated. By having a party, you are taking a step to overcome that wall you might otherwise want to put up. By seeing people show up to take part in your celebration, divorced women might feel that sense of love and acceptance.”

Do you wish you had a divorce party? Let us know why or why not in the comments section below. Thanks for sharing!