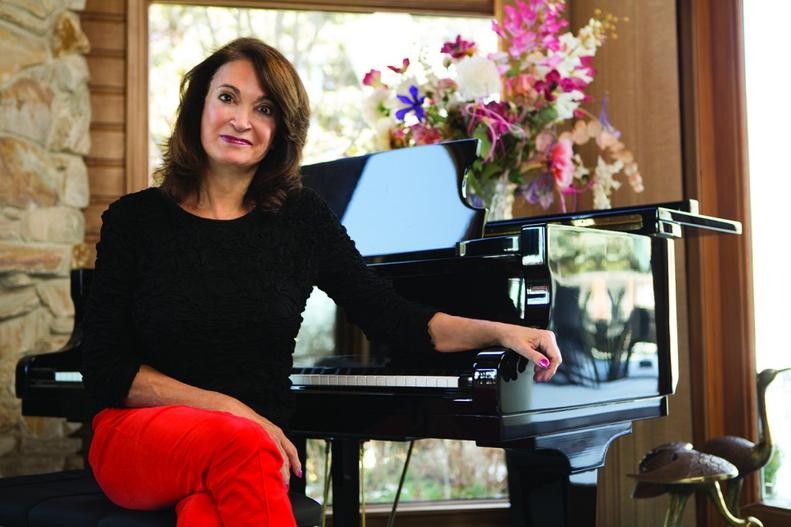 There are countless self-help books on the market for coping with divorce. In fact, I did a search on Amazon, and 39,583 books on the subject of divorce came up. That number speaks volumes about the need for direction in coping with a divorce, accepting what happened, and eventually moving on to a better, happier place. But Karen Sokolof Javitch thinks there’s another way to soothe the pain that comes with going through a divorce: listening to music.

Javitch, a well-known singer and songwriter based in Omaha, Nebraska, is the composer of her CD, Going Through the Big D: Songs to Help You Cope with Your Divorce.

“Over the course of many years, I’ve written many songs about love lost, survival, and having a positive outlook on life,” says Javitch, a 23-year veteran in the industry who went through a divorce in 2000 but remarried her ex-husband in 2010. “When I went through my divorce, I decided that there needs to be a CD for women to help them go through this major adjustment in their lives. Hopefully, it will help women know that they are not alone.”

“The song’s lyrics include ‘There was a time when he loved me and wanted to be with me,’” says 65-year-old Javitch, a mom of three who was married for 25 years before her husband asked for the divorce. “It goes on, ‘All he wanted was to hold me and never say good-bye. What happened to this time?’” The song list on her CD is diverse, with some songs that are sad, some funny, and others inspirational.

Javitch, who has written several musicals that are produced in community theaters all over the country, says that when she was first going through the divorce, she was very depressed and sad, and just wanted to sleep all the time.

“It was very hard for me. I felt kind of lost,” she says. “Our kids were and still are the center of our world, so the breakup in our family was huge for me.”

Javitch says her coping mechanism at the time was sitting down at the piano and writing songs about her feelings.

When asked how she ended up back together with her ex-husband, Javitch says that in the eight years they were apart, each got into a relationship but remained friends and still spent time together as a family.

“There is this basic commonality we have. He is a really, really nice person,” Javitch says. “I never thought we would end up back together, but we had this really nice friendship and we appreciate each other. It’s funny, our kids tell people, ‘Our mom and dad have been married for 41 years, on and off.’”

Javitch says one person who has always been an inspiration to her is the late Princess Diana, and that Diana’s death led her to write several songs. The songs eventually led to the production of Princess Diana, The Musical, in 2007. Javitch cowrote the musical, which will be in 12 cities in 2017, with award-winning author Elaine Jabenis. Some of the songs Javitch wrote about Princess Diana are on Going Through the Big D, including “Charles, I Need Help Please.”

“I always think about how she suffered and how she took her pain and made it constructive by helping other people,” Javitch says of Princess Diana. “We are still so saddened by the death of this wonderful woman who gave so much to the world. Writing the musical was my way of trying to keep her memory alive.”

Javitch says she produced Going Through the Big D truly to help others and that eventually she would like to produce a musical out of it.

“When you’re going through a divorce, you get stuck and you have to push yourself to move forward,” Javitch says. “That was very hard for me, but eventually I was fine and I enjoyed living alone. I never thought we would end up back together. It was a beautiful surprise.”

To learn more about Going Through the Big D: Songs to Help You Cope With Your Divorce, visit Javitch’s website, JMRProductions.com, or Amazon.com.