How to Deal with a Vindictive Ex 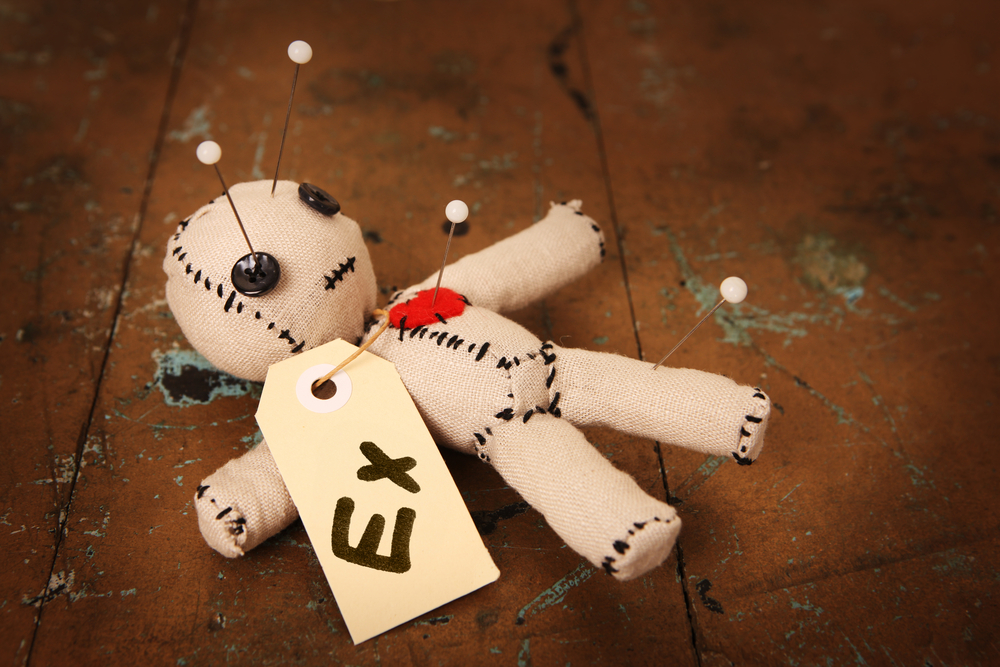 Five strategies for coparenting with a jerk

In the coparenting world, there are numerous schools of thought about the relationship that one keeps or doesn’t keep with one’s ex. Some coparents are able to work together to craft custody arrangements without the involvement of the court. Some attend coparenting counseling together or still share “family” dinners on occasion. There are even stories of coparents choosing to “nest”—a coparenting arrangement wherein the children stay in the house and the coparents move in and out according to the determined parenting schedule.

The internet is filled with memes that counsel exes on getting along for the sake of their children. And although I think it’s incredible when two once-married people are able to maintain a good relationship, unfortunately, that hasn’t been my experience. And it’s not for lack of trying.

So let’s deconstruct this. Let’s say it out loud, no matter how problematic it seems in the coparenting world: sometimes that’s just not possible.

When I see those memes, I think, OK, but what if your ex is an abusive a**hole? And what if his vindictive behavior seems to indicate that he hates you more than he loves the kids?

Of course there’s no way to measure this, no way to prove that the hate outweighs the love. But plenty of Solo Moms out there (myself included) have experienced an ex spending more energy or resources sabotaging our lives than he does loving and supporting the kids. Here are some ways I’ve learned to navigate this, while remaining sane.

I take the high road, every single time. I really can’t stress this enough, and it’s the first piece of advice that I give to new Solo Moms who suddenly find themselves battling a vindictive ex. It can be absolutely exhausting when each decision, no matter how insignificant (Field trips! Haircuts! Medical copays!), is met with a proverbial sword. When the partner who swore to love and protect us seems constantly poised to cut us down, communicate abusively or refuse to communicate, say negative things about us to our children, or spread lies about us in the community.

No matter the tactic, it’s awful, and it’s awfully hard to ignore.

But each decision we make as coparents is an opportunity to take the high road. That doesn’t mean we should allow ourselves to be walked on, but it does mean being strategic and learning to pick our battles. Unless true physical or emotional harm will come from your ex’s actions, it’s best to ignore, ignore, ignore.

I aim for indifference. During one of my mandatory divorce and coparenting classes, the instructor asked, “What’s the opposite of love?”

She paused and stared at us like we were so transparent, so cliché. “No,” she said. “If you hate your ex, you’re still investing just as much energy into them. The opposite of love is indifference.”

Sometimes I want to pick up the phone, dial my ex-husband, and calmly ask, “Why do you spend more energy trying to make my life hell than you do trying to connect with our children? Why do you hate me so much?”

And so, my personal coparenting goal (besides protecting my kids, which is always going to be my first priority): indifference toward my ex-husband.

I never ever use the kids as tools. All parents screw up. We might have a week during which we yell too much or forget the bake sale at school. But one thing that can really damage our kids is if they are used as tools to get back at the other parent. Our children are not goods to be traded or negotiated. They are human beings and pieces of our hearts walking around in the world. Treat them gently, respectfully, and without any shadow of manipulation. Do not put them in the middle by sending them to spy on their other parent or asking that they withhold information about their lives while at your house. That is manipulative and emotionally abusive.

I avoid any and all unnecessary communication with my ex. Thankfully, technology has created options for sharing calendars, coparenting communication tools, and invoicing or sending reimbursements via Venmo or PayPal. In my opinion, this brilliant technology should be embraced, especially if you’re coparenting with a vindictive ex who is bent on making your life hell long after the romantic relationship has ended.

Again, some coparents are able to communicate casually about the kids, but in my coparenting world, I do not engage in long emails back and forth, nonemergency phone calls, or even face-to-face conversations. That ship has sailed, and I entertain a frank business relationship with him. We share a calendar with important events, such as well child appointments or soccer games, and we communicate only via the messaging feature of Our Family Wizard (one of those brilliant technology developments that’s probably saving the sanity of coparents all over the place).

So, enough of those ridiculous memes—aim to embrace a realistic coparenting philosophy.

If you are struggling with calm coparenting, you may also be interested in “Letting Go of Resentment After Divorce” or “The Three C’s of Coparenting.”