Drama in the Bleachers Among Divorced Parents 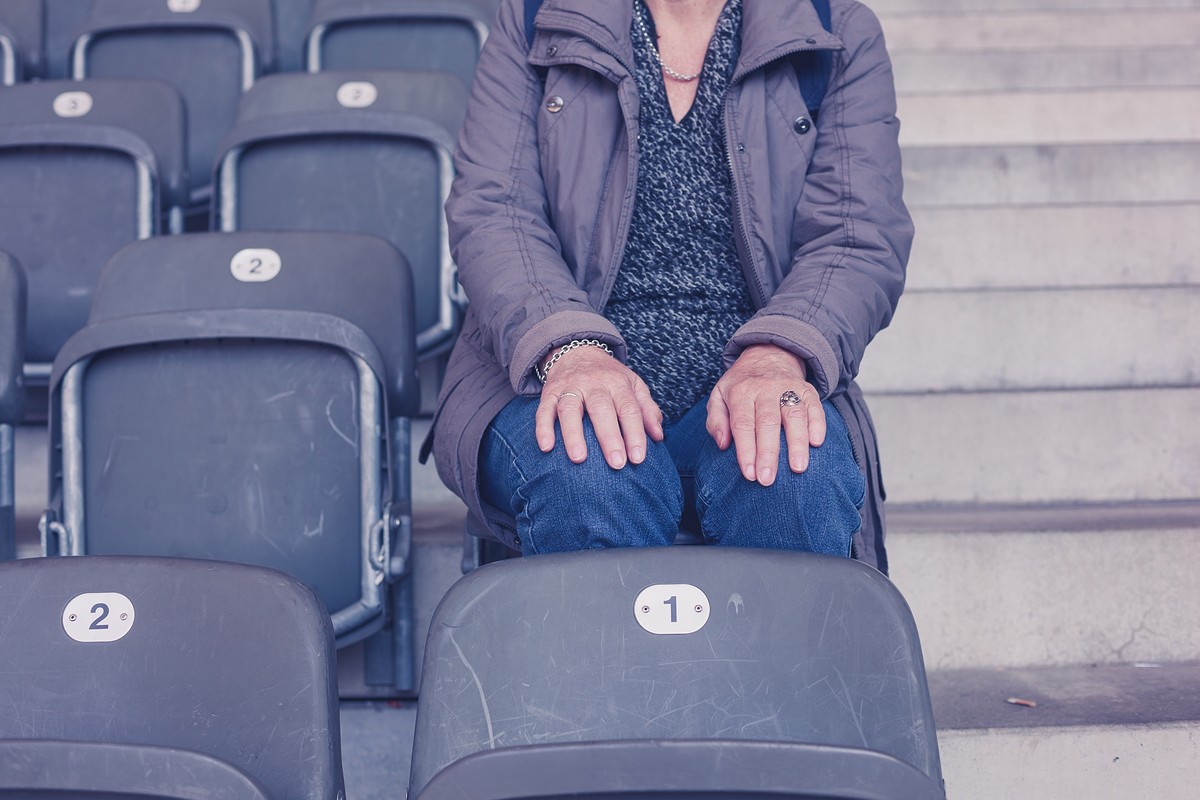 Anyone who has kids will tell you that going to their sporting events is a blast. Watching your son or daughter shoot a three-pointer, make a touchdown catch, or finish first in the 500-meter freestyle can be heart pounding and joyous. To see the look on your kid’s happy face is the best. But even when they don’t win, watching the team try so hard, have fun, and improve as the season progresses is extremely gratifying.

But there’s something else I see that goes on at these events, and it has nothing to do with the cute kids who are out on the court or in the field or in the pool competing; rather, it’s the drama that goes on between divorced parents, their spouses, and other parents who are sitting in the bleachers.

Let me start with an example. How did I find out my ex-husband was engaged? I was sitting in the bleachers at my then-10-year-old son’s basketball game, when out of the corner of my eye, I got a glimpse of my ex-husband’s girlfriend’s left ring finger. Don’t even ask me how that happened, I have no clue. So I turn to my friend sitting next to me watching her son and whispered, “Is that an engagement ring on her finger?” Trying to be as subtle as she could, my friend turned around and looked. She then looked back at me and said, “Maybe it’s her grandmother’s ring, and she just died.” Now that is a good friend! Looking back, I think she was trying to cushion the blow.

Tears sprung to my eyes as I tried so hard not to think about what I just saw and instead watch these little boys dribbling the ball up and down the court. Why was I so upset? It wasn’t as if I expected that my ex and I were going to get back together, but for some reason, it hurt like hell. Looking back, I was in a relationship I knew wasn’t going to work out, and the rock was signifying that my ex-husband was blissfully happy and had moved on. I think I was jealous of that. There was also an element of loneliness involved, along with the sad finality of our marriage.

That story is just one example of all the complex dynamics going on when parents, some of them divorced or going through one, start congregating and getting to know one another at these events.

Another incident in the bleachers occurred recently when I met the new wife of my friend’s ex-husband. She sat down next to me, and I couldn’t get up and move because it would have been rude. My friend was seated just a few rows away, and it was stressful. Was she upset? Angry with me? I actually called her after the game to make sure she was OK. It sounds silly, but there is validity to it. My friend appreciated I called.

If you are happily married, you might think this article is overly dramatic or even silly. But what married people don’t understand is that seeing your ex and/or your ex’s significant other can be stressful and uncomfortable. It can also be uncomfortable for the significant other. I never really understood why my ex-husband’s new wife never said hi to me until I became the girlfriend of a divorced man whose ex-wife went to the games. Now I get it. It’s very intimidating to see the ex-spouse because you’re not really sure how he or she feels about you. Maybe he or she has no problem with you; but on the other hand, there is a possibility that he or she hates your guts and if you attempt to say hi, he or she might be rude or yell at you or simply not even respond.

The thing that is easy to forget is that the awkwardness comes from the fact that the two of you are on opposite teams (no pun intended) and that you are supposed to be rivals. Everyone assumes that because a couple got divorced, everyone (including new spouses) must pick a side, and I truly don’t believe it has to be that way—but it just is. And, when deciding how to act or what to say to the person, the easier choice always seems to be to keep to yourself and focus on the game. It’s a little cowardly but understandable.

It’s also really funny to think about the fact that most of the other parents are oblivious to the drama happening in the stands. Obviously everyone is there to watch the team play and to cheer for the players, so the last thing on the minds of those in the stands is the divorces of the players’ parents (or in my case, the ring on my son’s dad’s new girlfriend). But for those involved, the drama and stress it causes often can take away some of the fun you would otherwise get out of attending the event.

Here is my advice to anyone in this situation:

1. Think of your kids. First and foremost, put your kids first. In other words, avoid making a scene, being rude, or acting cold (or even slightly cold) to your ex or his or her new spouse. Remember that kids notice every little thing. Even a kid participating in the event could look up and see something that might cause him to suffer. In other words, make the whole thing as normal as possible for your child.

2. Consider sitting together. If your ex-spouse won’t agree to it, then sitting together is out of your control. But if your ex is ever willing to give sitting together a try, your kids will benefit tremendously. If you doubt what I’m saying, just ask them. Countless kids of divorce wish that their parents would be friendlier. No one is asking you to be best friends with your ex, but would it kill you to sit at an event together for the benefit of your child? If people knew the happiness a kid feels (or the unhappiness a kid feels when seeing his or her parents on opposite sides of the bleachers), I guarantee a lot more divorced parents would sit together.

3. Take the high road every single time. What I mean by that is, say hello—to your ex, to your ex’s new spouse or significant other, to your spouse’s ex, just as you say hello to all the other parents. Treat everyone the same. If one of them ignores you, is mean to you, or even yells at you, that is on him or her. You will have done the right thing. No one ever regretted being civil and kind.

The bleachers are supposed to be the space in which people are entertained. Remember that. Remember that we go to our children’s sporting events for two reasons: for fun and, most important, to support our children—to let them know we care, we are interested, and we are rooting for them, as we do in all other aspects of their lives.

The bottom line is if you keep the drama out of the bleachers and just play nice, everyone wins.