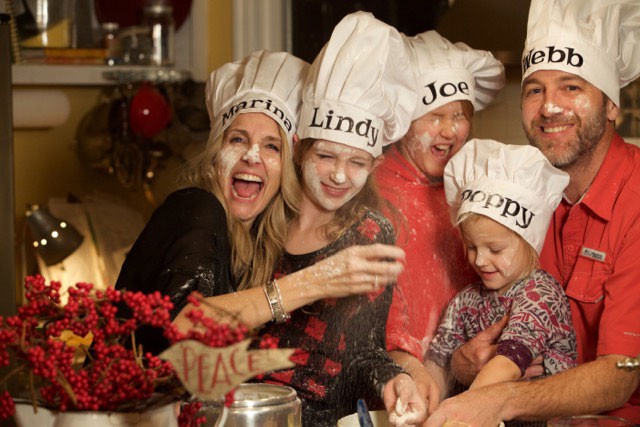 Marina Sbrochi advises how to avoid this.

Onetime Solo Mom Marina Sbrochi believes that if you truly love your children, you will want what’s best for them. The author, blogger, divorce coach, and child advocate knows we don’t want our children to live with daily trauma, and she insists that regardless of “who did what” during the marriage, we should work to get along during the divorce—for the sake of our children.

Ergo her latest self-published book, Nasty Divorce: A Kid’s Eye View (2015). Following the success of her first book, Stop Looking for a Husband: Find the Love of Your Life (Brown Books Publishing Group, 2011), Nasty Divorce recounts case stories by children and adult children of divorce, and examines how the actions of their parents affected them. Says Sbrochi, “I cannot believe what people do.”

Q: What is your backstory?

A: I was living in New York when I met my ex-husband. We both worked across from the World Trade Center when 9/11 happened. So when my husband’s company relocated to Dallas, we went with it. I liked the weather in Dallas but wanted to live by the beach. After my divorce, I made a deal with myself that I’d stay in Dallas until my oldest left for college. Even though I was trying not to meet someone in Dallas, I did. I remarried and had another child. I have a son, Joe, 12, and a daughter, Lindy, 10, from my first husband. And I have another daughter, Poppy, 4, with my second husband.

Q: How would you describe what you do?

A: I’m an advocate for children. I’m a bleeding heart for children stuck in circumstances beyond their control. I feel we fail our children in [not] helping them cope emotionally through those stages. I think if we could avoid all the train wrecks of trauma, we’d be so much more awesome in life.

Q: Are you referring to a child’s trauma?

A: I think it’s like the chicken and the egg: you don’t get to be an adult unless you are a child first, but the environment in which you are raised directly shapes how you will be as an adult.

Q: I think many Solo Moms are traumatized to begin with. A lot of us are told to care for ourselves first so that we are able to care for our children. It’s the proverbial, “Put on your oxygen mask first.”

A: There’s always [a gray area]. When I was younger, I was in an emotionally abusive relationship. There’s a Tori Amos song called “Silent All These Years.” I kept listening to it thinking, That’s not going to be me. I had the courage to end it and decided I would never get shit on again. It was my mantra.

After I moved to New York, I met the opposite of who I’d been with—a super-nice guy. I was in my 30s, so I married him. This is where I switch the blame to me: I didn’t know what love was. I didn’t feel a super chemistry—but thought, Maybe we can’t get everything. I dragged this guy on my journey. Two kids later, I realized it wasn’t what I wanted.

Q: Did this experience inspire your first book?

A: I wrote Stop Looking for a Husband, [which is] about why we women get mixed up. We’re looking for this perfect “on paper” guy, but we need to know ourselves in order to find love.

As I’m doing this, I have other friends getting divorced. No two scenarios are alike. Some are downright crazy. That’s what Nasty Divorce is about. I watched a man ruin his son—a sweet 10-year-old kid. None of it had to happen. The mother took the high road, but the father told the boy horrible things about his mother. It was baffling. Save a personality disorder, how can the average, sane person be so nasty?

Watching this boy devolve inspired the book. In light of all the evidence of what a nasty divorce can do to a child, people still do it. I took a look at myself: What was I doing that was destructive? I decided to collect other stories so people could find situations in which to connect, to give them perspective [a sort of] “I didn’t know I was doing it until I saw it.”

I wrote a piece for the Huffington Post called “The Lasting Effects of Talking About Your Ex,” and it got a firestorm of comments. Two years later, the Post throws it up on its Facebook page, and I started getting e-mails from people telling me their stories. And I had the book!

Q: Do you address better ways to handle these situations?

A: Yes. I have tip sheets about topics, such as “Top Five Things Never to Say to Your Children About Your Ex,” then I make suggestions. For example, instead of “Your father is a loser! He never accomplished anything,” try “Your father spends a lot of time sketching. Maybe that’s where you get your artistic talent.”

Other topics include things like “How to Avoid Speaking Badly About Your Ex” and “How to Speak to Your Kids About Sensitive Issues,” etc.

Q: What if a parent is dangerous and a child must be removed?

Q: What about subtle abuse—a parent who is a bully or manipulator?

A: It’s the bad behavior that is difficult to call out. Look at the things Donald Trump says. He has money and clout, so he gets excused. There are people who are all bark and no bite. Our society needs to call out the barkers. If a child is raised by someone who is abusive, and her voice is lost, she grows up and chooses the same thing.

Encourage your children from the get-go to respect themselves and not allow people to treat them disrespectfully. There is something that’s driving the barkers. We don’t have to accept it. Teach them to notice when it’s happening, what manipulation looks like. These people have power over kids because children want their parents’ approval.

If someone is giving a child damaging beliefs about themselves, we must teach them that it’s not them. It’s not their fault. It doesn’t need to negatively affect them just because an adult behaves badly.

Q: What are some options for kids who are going/have gone through these situations?

A: There is cognitive behavior therapy. I’m also a huge believer in meditation. I love Artie Wu with Preside Meditation. All of his blogs are accessible to teenagers. It’s bibliotherapy, where you read something with the purpose of understanding and healing. Teenagers are smart. They know way more than people think. We need to empower them to trust their inner radar. If I could have told the man who was abusive to me, “I don’t like the way you are talking to me,” I could have ended that relationship at month four.

Q: How do we help a child deal with his or her guilt over not liking a parent?

A: If someone treats you badly, it doesn’t matter if they are biologically related or not. “I understand why you feel guilty because your idea of what a dad should be is not what you have.” Girls want to be “Daddy’s girl.” When they don’t get it, it makes them sad. We must help them come to a place where they accept they can’t do anything about it.

Anyone can procreate. It takes no talent or brains to be a sperm donor. If someone is abusive, it can’t be tolerated or a lifetime cycle can start. Help your child define and deal with [his or her] feelings: “There is nothing wrong with you. Just because someone is your parent doesn’t mean they are always right.” Hopefully this will stick.

Q: What about when money is an issue and therapy not an option?

A: I wish mental-health care was more affordable in this country. Every child going through a divorce needs therapy, but you can do your own therapy. Talk, listen, and don’t judge: “I see you’re upset. Would you like to talk about this?” Be empathetic without bashing the other parent. “I’m sorry you’re feeling this way, and I wish I could change this.”

Sometimes the parent who was the victim in these situations also ends up being the target of the child, “You didn’t protect me.” They can’t know until they are older that this parent was doing the best she could. Even though you didn’t do anything, the anger could be directed at you. Kids want to know you are sorry in this situation.

If a parent is really abusive and there is nothing you can do legally, and if your children are not in danger, empower them to say something. “I don’t like it when you speak to me like that. It hurts my feelings.” They don’t have to take it, and eventually the kids figure it out.

Q: What are you most proud of from the time you were a Solo Mom?

A: My ability to get back up after being knocked down—the rising phoenix.

Q: What’s your top tip for Solo Moms in this challenging situation?

A: Don’t triangulate! Don’t put your kids in the middle of your divorce, and don’t say bad things. It messes with their trust.

Remember, things can change: we all have the ability to do better. The majority of Solo Moms do not have resources. You have to be Mom, Dad, and yourself, but you don’t have to be perfect. You only have to be good enough. Be loving, open, and apologize. Be humble with your kids.

Put a blanket over a table, and make a fort with a flashlight. They’ll remember these moments—the happy moments.

Divorce is hard and often painful—connect with Solo Moms who understand in our confidential community of Sisters.