Diamonds Are Forever . . . Until You Get Divorced 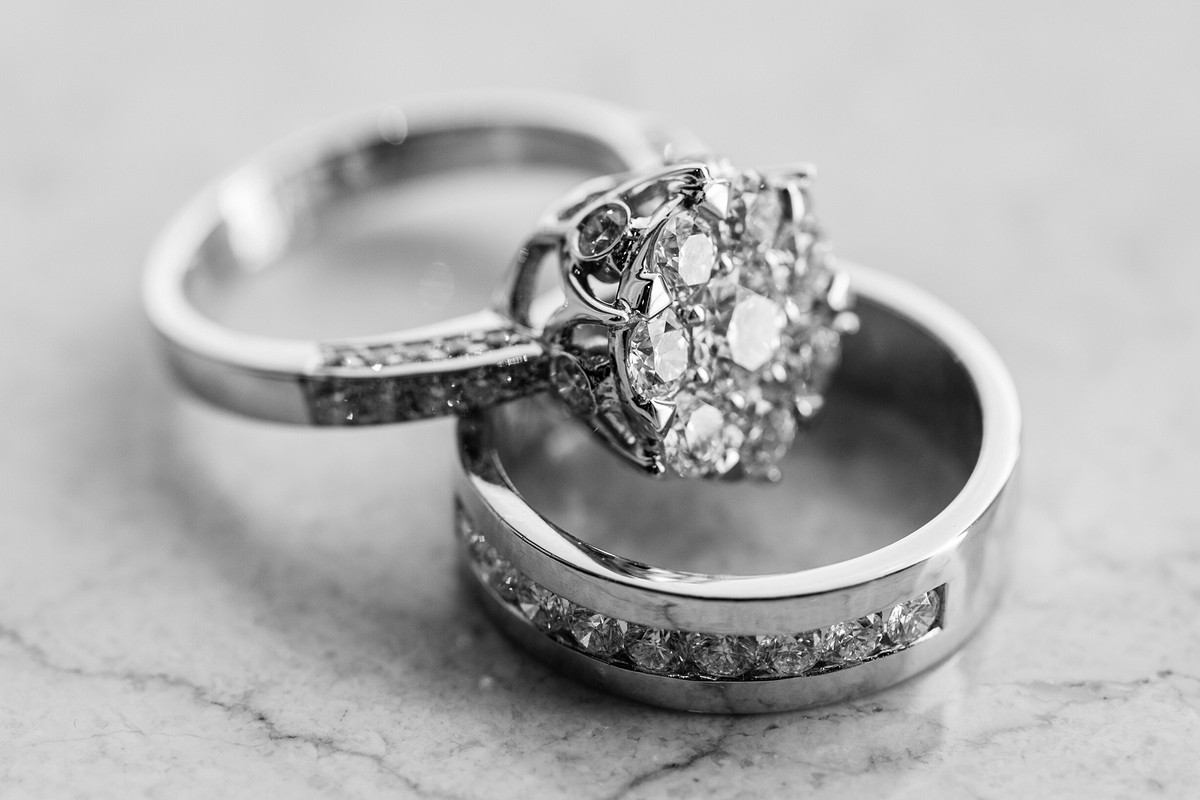 Two months ago, single mom Gail opened the coffee jar in her closet where she’d kept her engagement, wedding, and anniversary rings for the past five years. She brought them to Chicago’s Jewelers’ Building, sold her rings for cash, and then walked down Michigan Avenue to Victoria’s Secret, where she blew the majority of her money on sexy lingerie. Her new boyfriend loved it.

“I wanted to get rid of the bad energy in my home but had put it off,” explained Gail. “When I finally did, I felt very self-empowered. I could have gotten more money for them, but I didn’t bargain too much—I just wanted to go shopping! I got a kick out of the whole thing, and it felt very liberating and empowering to luxuriously spend hours selecting the perfect undergarments.”

Those rings, once symbols of love and commitment, take on new meaning when Solo Moms unload their old “baggage” for a fresh start. Women spend the money from selling their rings in various ways, but most echo Gail’s feelings of empowerment.

Solo Mom Elizabeth started her own business. Just weeks after she ended her marriage, Elizabeth brought her engagement and wedding bands to her longtime jeweler and left with one small piece of jewelry—a gift to herself—and a large amount of cash.

“Originally, I wanted to spend the money on a girls’ trip to the Caribbean, but I recognized that I didn’t have the luxury of being irresponsible, as much as I wanted to be,” said Elizabeth. “So, I did the responsible thing and bought two really great Apple computers to launch my consulting business. These replaced an old, horrible PC that I shared with my three boys. I work with a lot of graphics, and this is a far superior computer and operating system.”

Her new desktop (which the children also use for homework), laptop that travels with her for client meetings, and printer have been an integral part of her success. In just one year, she doubled her income and has had to turn away clients. Her rings, objects that made her cry each time she looked at them, became the tools she needed to create a new, financially independent life.

As for the remainder of the money, “I purchased a purple mink coat,” Elizabeth said with a smile. “It was my one big splurge, and every time I wear it, I receive constant compliments. It was so empowering to buy something for myself that makes me feel and look good. It’s a reminder of who I have become.”

Unlike Elizabeth, Solo Mom Jill did choose to take a trip, but this was a treat for her four-year-old daughter. The only vacations she and her daughter ever took were holidays to see family, so Jill planned a visit to Disney World—just for the two of them.

Jill researched multiple options, received several quotes, and settled on a website that specializes in selling diamond rings. Once they were sold, she purchased a five-day, six-night stay at Disney’s Caribbean Beach Resort, and the remainder of her money went toward her bills.

“We had a great time, and it was really nice to take the whole week and just do things for us,” said Jill. “I didn’t feel the pressure of the cost because it was all paid for before we left.”

During their trip, her daughter was able to meet every Disney princess except Sleeping Beauty—a sore spot for her—through a combination of the Princess Breakfast and tracking them down in the parks. And the little things, such as receiving a trading pin from one of the cast members, made the trip memorable and special.

“I splurged on a couple of things, and I’m glad I did,” Jill added. “For example, I paid an additional $150 for their professional photographers to take pictures throughout the trip. At the end, I had over 100 pictures that I didn’t have to take, and I was in them! I’m so happy that I was able to make this trip happen for us. It was perfect.”

Sometimes practicality outweighs the fun of a good splurge. For Solo Mom Shauna, she took the rings that once held the promise of a life together and used them to ensure a safe home for her and her son: Shauna bought a new roof.

During her divorce, Shauna fought to keep their marital home, as she knew she could not afford the mortgage on a new home in her town. With both her best friend and father only five minutes away, and her son’s friends close by, moving to a new, more affordable town was not an option. But Shauna’s house was old and needed repairs.

“I knew our house needed a new roof when I purchased it from my ex,” explained Shauna. “So I used that to negotiate my settlement. It would have cost a lot of money to fix up our house in order to sell it, and I wouldn’t have made enough profit to afford something else.”

After she sold her rings, Shauna saved the money for major house repairs, and when it was time to redo the roof, the cash from her ring covered the cost of all her materials.

“I’ve lived in this house for a long time, and I knew I wanted to stay,” Shauna stated. “Everything I did for this house I did to make it our house—mine and my son’s.”

Family also played a key role in Solo Mom Ruth’s decision about what to do with the cash she received from the sale of her rings. But in Ruth’s case, the money from her engagement, wedding, and pregnancy rings went toward a memorable trip to New York City with her mother and sister. Ruth’s sister was recovering from cancer and chemotherapy, so Ruth used her money to treat her sister to a celebratory shopping spree and experience in Manhattan.

“My family lives in Ireland, and my brother decided to treat my sister and mom to a trip to New York around Christmas time,” said Ruth, who lives near Boston. “I wanted to join them, but money was tight, so I sold my rings and used the money for a train ticket.”

They spent four days and three nights together in Manhattan, fully experiencing everything the city has to offer. Ruth treated the three of them to The Nutcracker, several dinners, and a shopping spree at a nearby outlet mall in New Jersey.

“My sister bought some perfume, makeup, and a pair of Ugg boots,” Ruth remembered. “I didn’t buy much for myself, just some makeup. It was all about my sister having a good time, and she did. We all had a blast, and I was able to do that. It’s been three years since that trip, and we still talk about Christmas in New York.”

Although rings are the most obvious gift to sell, many Solo Moms do find it necessary to purge all items given to them by their ex. For Gail, whose rings gave her a brand-new look in the bedroom, she’s not done yet. What’s next? Her bicycle and her car—both gifts from her ex-husband that she hopes to sell or trade to reflect a new, empowered woman who makes her own choices.