Losing and Finding Myself Amidst Pain and Beauty 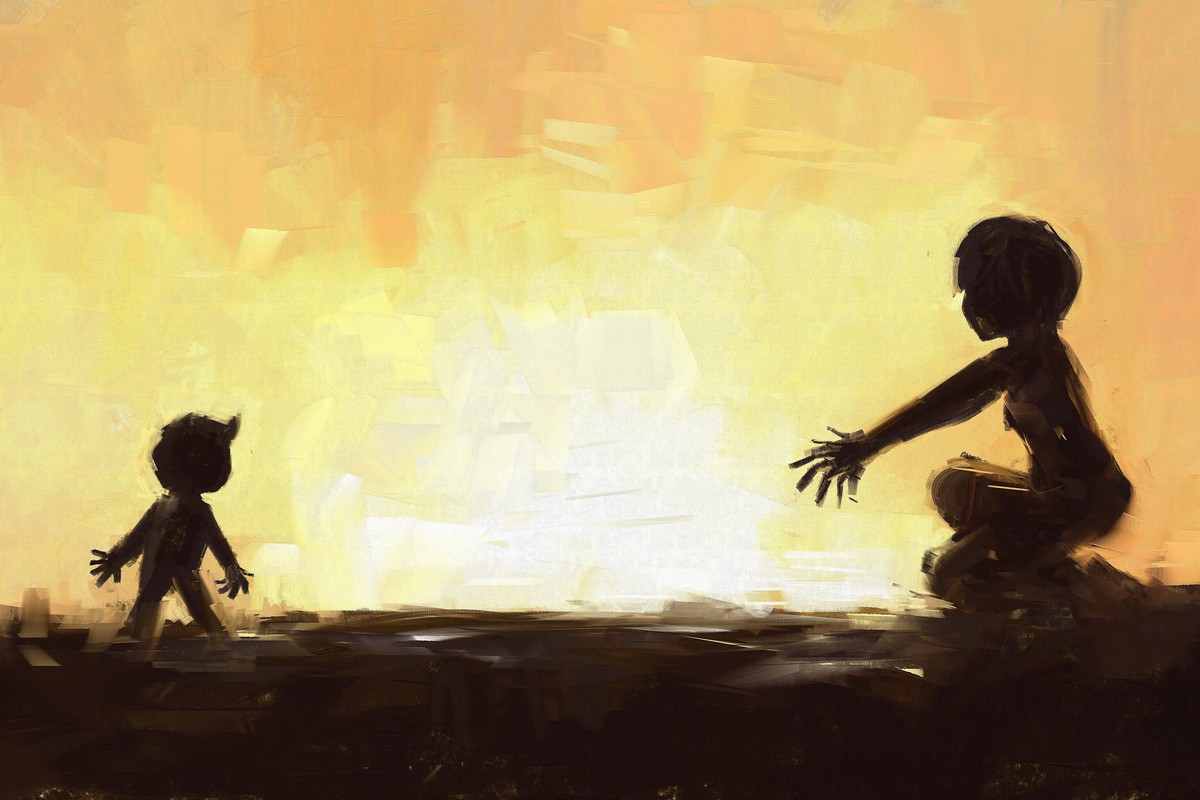 When the unresolvable stuff will be resolved . . . by default

If I peel back the layers of the events that brought me to being a Solo Mom, I see moment after moment of me gradually losing control of my sense of self. First, there was the decision to commit myself to another human being, the man who would become my husband. Despite an earlier life of random encounters and explorations, once my beau and I turned our sights on each other, I dug into the relationship with a fierce loyalty that lasted 22 years.

As one would expect, it was not an entirely smooth road. In fact, our union was forged out of struggle almost from the beginning. The leap from my comfortable, white, Jewish suburban upbringing to my African American boyfriend’s South Bronx neighborhood of Hunts Point was amplified by his chronic illness. Sickle cell disease, a genetic condition that’s survived through the bloodlines of those who descend from the malaria-rich areas of North and West Africa and India, was part of his warrior-like character. He was more than a survivor; he was a defier, a dancer, and a lover. I was helpless in his orb and pledged myself to him, even though the concept of marriage had never really inspired me.

We created our own unique way of living in the world.

My grandmother, the matriarch of our family, couldn’t handle the relationship, and for years I stopped going to family celebrations of any kind at her house. Later, after that rift was healed, Ivor and I joked that his autobiography should be called Black, Sick, and Poor. I had jumped into the deepest paradox I could find and was determined to mine it for all it was worth.

He was a great supporter of my artistic life. He bought me my first word processor in the late 1980s. When I wrote short stories, he said, “You are a writer” and held the confidence that eluded me. I exercised my theater major in a series of increasingly fringe creative projects, as he cheered me on through full-scale productions, one-acts, staged readings, and one-page plays. When I made the leap from directing theater to film, he bought me my very own slate, complete with dry-erase markers and an eraser. He cheered me on again through cross-country documentary video shoots, all-night editing sessions, and unsuccessful grant applications.

But a sick husband, no matter how proud and independent, positive and empowered, still brings a world of challenges to the table. I logged countless hospital hours, pharmacy runs, cancelled plans, and shrinking horizons as his world continued to evolve to meet his needs. We channeled our insight and experience into the creation of a nonprofit organization dedicated to the empowerment of the sickle cell community. We became lay experts in pain management, parsing out the differences between drug addiction and physical dependency as we expanded our role of community advocates and educators to a national stage. We traveled around the country together, presenting, speaking, organizing, inspiring. My role as wife deepened. I was lover, domestic partner, collaborator, helpmate, coactivist, and friend.

During this time, I was also helping my parents and maternal grandparents through to the end of their lives. We lost all four of them in the space of seven years, beginning in the mid-90s. The depths of my ability to extend myself to others seemed to have no limit.

I worked to support myself and my husband, navigated the increasing needs of all the aging relatives together with my sisters, and gradually grew into the dubious role of family matriarch, a default position I inherited as the eldest sister when my father and grandmother died in 2001. A year later, I became pregnant with my son. If ever there were a metaphor for absolute loss of control, it is pregnancy and childbirth. You can read as many books as you want about what to expect, but you have no idea what’s going to happen, really, until you get there. It’s total science fiction. Your body gets taken over by an alien force, making it change shape, directing you on what to eat, how to feel, when to sleep, and then, finally, turning you inside out to bring this new life form into the world.

If pregnancy doesn’t teach you a thing or two about going along for the ride, then giving birth should do the trick. Starting with the ego-smashing experience of having your legs up in the air while a live creature rips through your nether region, all in front of a room full of people (doctors, nurses, midwives, an anesthesiologist, and one very exhausted husband), you’re relieved to just be able to be there and breathe normally while they stitch you up. Your world will soon be reduced to your son’s poop, your nipples, and a psychotic state of sleep deprivation where 10 minutes alone in the shower is all that stands between you and nervous collapse.

Oh, but it’s also beautiful. Those moments lying in bed staring into the eyes of your baby, your child, this pure spirit who came through the love you managed to direct into a well-timed fertility operation. All the ovulation kits, hormone tampering, prenatal yoga, and secret misgivings somehow gave way to this magic, kinetic experience of becoming a mom.

Jump ahead six years. You’re stressed out. You’ve overdeveloped your champion-partner/working-mother persona to the point where your own inner wild child is crying for recognition. She haunts your dreams and fantasies. She won’t let you forget about all the dirty, raunchy things that get you off in the middle of the night when no one else is watching. You take another writing class, for real this time. You report to class, latest short story in hand, trembling with anticipation at being seen for the brilliant writer you know you are, somewhere inside, under all the layers. The reception by teacher and fellow students is lukewarm. Your teacher tells you, write a bad story. You wonder what he means. You end up writing a tale about a terrible mother who feeds her kids nothing but hot dogs and Fruit Loops and turns tricks for a living, and gets so drunk that two guys she was with kidnap her kids and she ends up puking in the police station with the down-on-his-luck detective who will become her lover. And yeah, this feels like you’ve come home.

So you start writing out all the sordid stuff you did in your teens and early 20s when you didn’t know any better because your body was still tight and you thought you were invincible. And you show it to your husband, and he says, “What are you doing? You can’t write about that stuff; you’re a mother now.”

And it all feels so unsolvable. This mash-up of past and present. This husband who is getting sicker and sicker, even though he’s a super stay-at-home dad and housekeeper. You’ve got this arrangement, this structure that helps you hold it all together, but you know it will end, sooner rather than later. And then the unresolvable stuff will be resolved . . . by default.

And then he dies. And you are the mom of a six-and-a-half-year-old boy who has lived with a super infusion of Dad love for his whole life. Because your husband, while he still had breath in him, poured every ounce of his spirit into being that boy’s father. And even though the two of you had seen happier times earlier on, you both stayed true to your commitment to see it through until death finally came and parted you.

Now, my son is almost 13. As he recently pointed out, he’s been alive without his dad for about as long as he was alive with his dad. Surely this is a turning point, the end of some kind of a cycle. And here I am, left to tease out the memories from the emotional remnants of having been a wife, lover, caregiver, daughter, granddaughter, and the mother I continue to be. Only now, I have the opportunity to rediscover the essential me that has been growing all the while these other roles washed in and out of my life. I suppose this is the part where I get to find out what’s been left here in their wake.