Grief Is Not Something to Push Back or Set Aside 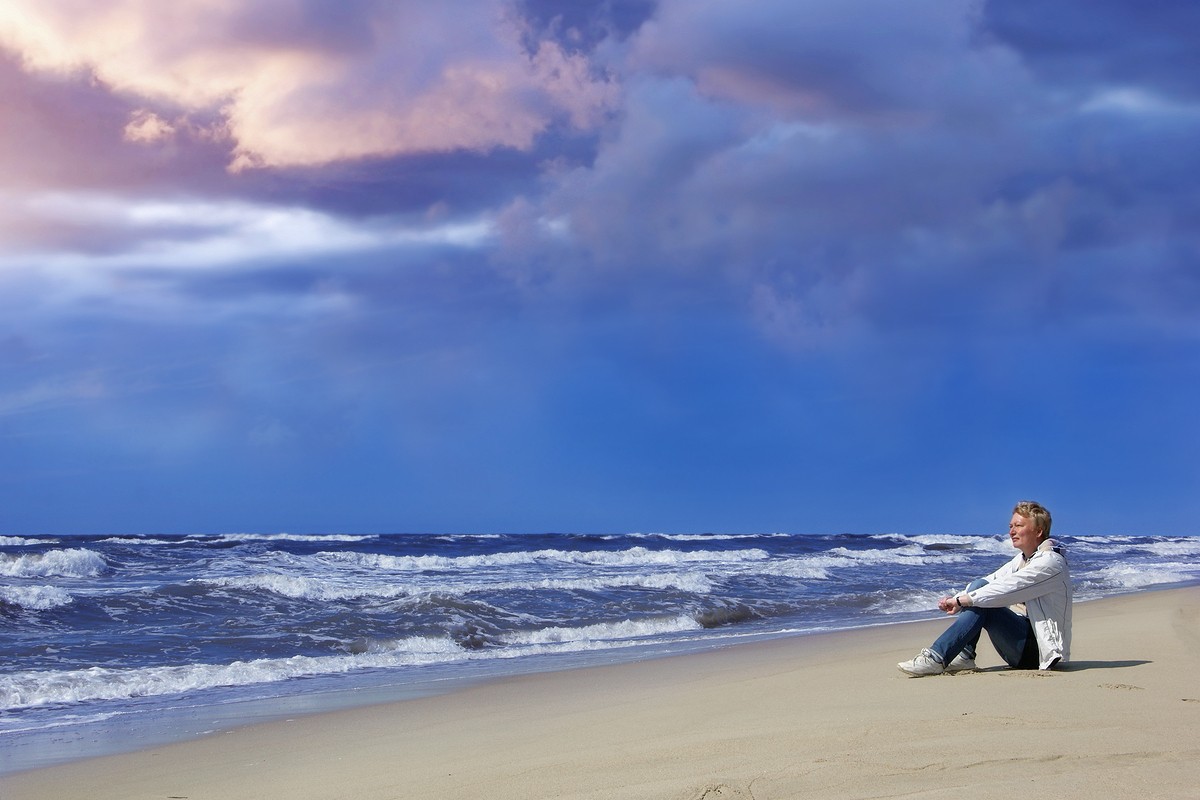 “In the middle of the journey of our life I found myself within a dark woods where the straight way was lost.”

If you are experiencing grief, there is no reset or refresh button. Nothing can erase the past and give you a clean slate, so to speak. The loss and grief are a part of you; and, chances are, the only way that you measure time is in terms of “before and after,” meaning the life you had before your beloved one’s death and the life that you have after your beloved one’s death.

Personally, for the first six months after my husband died, I actually counted the days. No one told me to do this. It just happened in a very organic manner. I knew the third-, fourth-, and fifth-month anniversary dates of his death. And then several years later, while I was interviewing widows for my book, I found that other widows did the same thing within the initial months of their husband’s passing. Measuring time literally by the date of death sounds morbid, but it is a natural part of grief.

Sometimes it is challenging to know what is considered a natural part of grief and what could be labeled as worrisome. Deep down, either you or someone who loves you wonders if you are going to be able to move forward in a healthy manner. I always tell people that there is no finish line for grief; however, there are healthy ways to manage it.

Nothing prepared me for my husband’s death, despite my having an advanced degree in social work, and I know I’m not alone in this. Learning to live with my grief was one of the most difficult things I have ever faced. So when I reference “healthy” ways to cope, I mean there are some not-so-healthy ways to manage loss, such as with anger, resentment, bitterness, and guilt, which, when left to marinate within you, can build to toxic levels.

Within weeks of my husband’s funeral, I made a conscious decision that I would do one good thing a week to help myself. I called it “good,” but you can also label it as healthy. The word is not as important as the action itself. In other words, I set a goal that I would either try something new or engage in an activity that I knew was positive for my well-being. One of the new things I began to do was attend a yoga class. Although that may sound simple, at the time it was a bit daring for me. I had attended yoga before, but I didn’t know anyone in this particular class. I had avoided going to a new class because I didn’t want to risk any situation that would invite small talk. The last thing I wanted was someone asking if I was married.

This was a gentle yoga class, so I wasn’t doing handstands, and—thankfully—I felt like I fit in. The women didn’t look like they belonged in a yoga catalog. And it was on the yoga mat that something very unexpected happened. As I began to stretch and gain balance and even improve upon each pose, I discovered how much tension my body had absorbed and still contained. It was as if my muscles were knotted like a string of pearls. Over the course of several classes, I learned how to release those knots, which meant that I was not only acknowledging how deeply the loss had impacted my body but also learning how to take care of myself.

When grief occurs, many times one of the first things to go is self-care. For some, it means skipping meals or eating fast food; for others, it means not getting enough sleep or abusing alcohol. Whatever the circumstance might be, nourishing your body sometimes comes last. So my suggestion here is that each day you begin to do one thing that supports your body. It could be taking a walk, eating a healthy meal, or taking your vitamins.

My other suggestion is that you begin to mind your mind, meaning that you start to look at your thoughts. Ask yourself this: Are you self-deprecating? Would you tell your best friend the things that you tell yourself? Being overly critical is not healthy. Your thoughts, as you know, can affect your emotions. I had a habit of blaming myself for my husband’s death. I would pore over the past and look for the signs of his declining health that I seemed to miss. Finally, years later, a well-known adrenal cancer specialist (my husband had adrenal cancer) explained to me that my husband’s illness was asymptomatic, and there was nothing that I could have done. It was only then that I let myself off the hook for thinking his death was my fault.

Another suggestion is that you rest. I began to make time each day to rest for 30 minutes. This is not to be confused with sleep. What I noticed with some widows is that they try to get as much done in a day as possible, and they think that keeping busy will alleviate the grief. Doing so can actually have the opposite effect—and this doesn’t apply just to widows. Certainly, having several things on your schedule can serve as a distraction from your pain, but it can also affect your sense of well-being. You are not the same as you were before your loved one died, so you may not be able to run at full capacity as you once did. This state is not necessarily permanent; but keeping busy 24/7 can make you even more irritable and anxious, which is when mistakes can happen and cause more stress. Rest gives your body and mind time to slow down, to pause and take a much-needed break.

My final suggestion is that you stop comparing yourself to others. Each of us is our own set of unique situations, and how we experience loss and grief will be different. For example, I interviewed dozens of widows whose husbands all died as a result of cancer, and yet each of them had a different story. Each woman processed her spouse’s death in a vulnerable-yet-unique manner. When we begin to compare our own journey of grief with someone else’s, we open the door to greater pain. We somehow think that we are doing something wrong and then the feeling of loneliness only intensifies. Grief is not something to push back or set aside.

Healing takes courage, and my hope is that some of these suggestions that I offer to you will bring you strength.