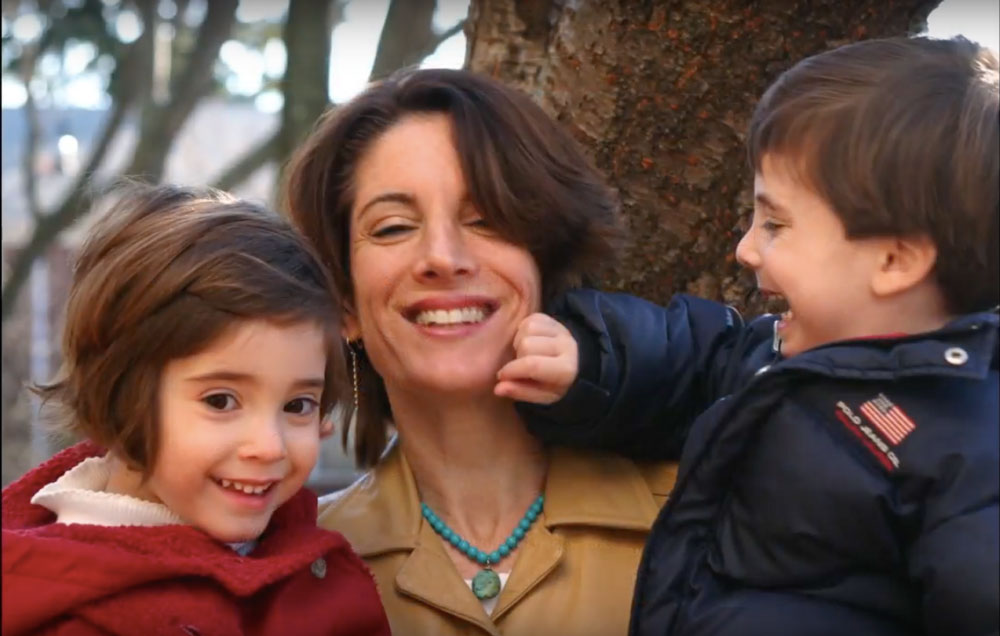 Widowed with twins, Nancy Sharp opens up about her children’s grief

My newborn daughter, Rebecca, squawks like a seagull in distress. Her sharp cries rise above the hum of the incubators and busy footsteps of the neonatal intensive-care unit. My baby isn’t actually in distress; she’s affirming her presence. Born at two pounds, eight ounces, her piercing cries have earned her the nickname Diva. “Don’t you worry about her,” says our favorite nurse, Joyce. “That girl has serious lungs.”

Rebecca’s twin brother, Casey, weighs a scant bigger at three pounds, two ounces. He lies in his own incubator steps away. Casey uses a continuous positive airway pressure, or CPAP, breathing tube for oxygen and is covered in fuzz and tubes.

Such was my introduction to motherhood.

Of course I knew the risks of preterm labor when pregnant with the twins even though nothing really prepares a mother for the shock of giving birth to babies too tiny to hold.

Motherhood, it turns out, had more in store for me than premature babies. On the very day my twins were born, May 20, 2001, I also learned that my husband Brett’s cancer had recurred. Brett was diagnosed with a brain tumor a few years earlier but was in complete remission—and because a good percentage of people, mostly kids, who have this kind of tumor live, there was no way to gauge his long-term prognosis. After nearly two years of clean scans and renewed vitality, suddenly, on what ought to have been a supremely joyful time for us as new parents, we found ourselves staring at death head-on, and for me, widowhood.

Brett died a few months shy of his 40th birthday, when the twins were two and half years old and I was 37. In the end, his death was merciful, since everyone suffered.

Rebecca and Casey are now 16 years old. In so many ways, the trauma of their early years feels like a lifetime ago. Casey is about to get his driver’s license, and Rebecca, shy as she is, has discovered a talent for speech and debate. We now live in Denver, where we moved a few years after Brett died in search of a new start. At the time, I knew just one person here, my college roommate. It was the bright, wide sky and sense of permanence I felt when looking at the mountains that drew this Solo Mom here. A decade of caregiving and mourning can do that to a person.

Colorado has been both healing and adventurous, and has led to all kinds of fresh starts, including how I came to meet a wonderful guy named Steve who’d also been widowed with two children. Steve was a longtime news anchor doing his best to be a good father to his boys. He reluctantly agreed to be featured as one of the city’s most eligible singles when his sons, teenagers by then, decided they were ready for their dad to stop hovering and start stepping out into the world again. When Steve and I married in 2008 and blended our families, it was a win for everyone.

Steve has now been a father to my children significantly longer than Brett. And still . . . loss for Rebecca and Casey remains messy business. Maybe they feel guilty because they can’t remember Brett. (That is my mother-in-law’s theory.) Maybe “going there” evokes too much pain. (That is my mom’s theory.) Maybe they don’t want to complicate their attachment to Steve by digging into the muck of all that losing their biological father has cost them (my view). Whichever theory you choose, there are no easy answers.

The year-end holidays are a tender time for many of us who have lost loved ones. Whereas adults are better equipped to express their yearning, voicing sorrow is more complicated for children. According to The New York Life Foundation, “childhood grief remains one of society’s most chronically painful yet most underestimated phenomena.”

For my children and others like them with no lasting memories, there is no salve for a love unremembered except hope. And hope is something all grieving people need to experience. Hope breeds resilience and helps create meaning and purpose after loss.

There is no right or wrong way to support the grief process. It is the acknowledgment of grief that matters, and the compassion and empathy you show to those who have experienced loss. Be present.

Remember, hope can be expressed in the simplest of ways—a walk in the woods, a pancake breakfast, or an encouraging phone call. Even a family portrait can be an affirmation of hope. Shortly after moving to Denver, I remember the emotional wallop I felt at seeing professional family pictures at neighbors’ homes. It struck me that we had no smiling portraits of the three of us. I realized just how the stigma of being a broken family was holding me back. The day I called a photographer in town and arranged to have a professional photograph of my children and me taken was a step toward owning our altered lives. Hanging that portrait on the wall boosted my whole outlook.

You might even try something my then three-year-old children taught me so many years ago in the months following Brett’s death. While trying to place where their Daddy might be, they came to the conclusion all on their own that just as the sky is everywhere, so, too, is his love. That’s an enduring thought.

You can see the beautiful book Sharp wrote that was inspired by her children’s words in this video:

Are you a Solo Mom coping with grief? We have a confidential and supportive Tribe just for you in our Sisters Only section.

Nancy Sharp is an author, keynote speaker, trainer, and coach who frequently speaks publicly about loss, resilience, and bold living. The author of the award-winning memoir, Both Sides Now: A True Story of Love, Loss, and Bold Living, and the picture book Because the Sky Is Everywhere, Nancy lives in Denver with her second husband, her twins, and her two stepsons. You can find her on Twitter at @BoldLivingNow and Facebook at Nancy Sharp. Learn more at www.NancySharp.net.