A Son Leads the Conversation About His Dad’s Suicide 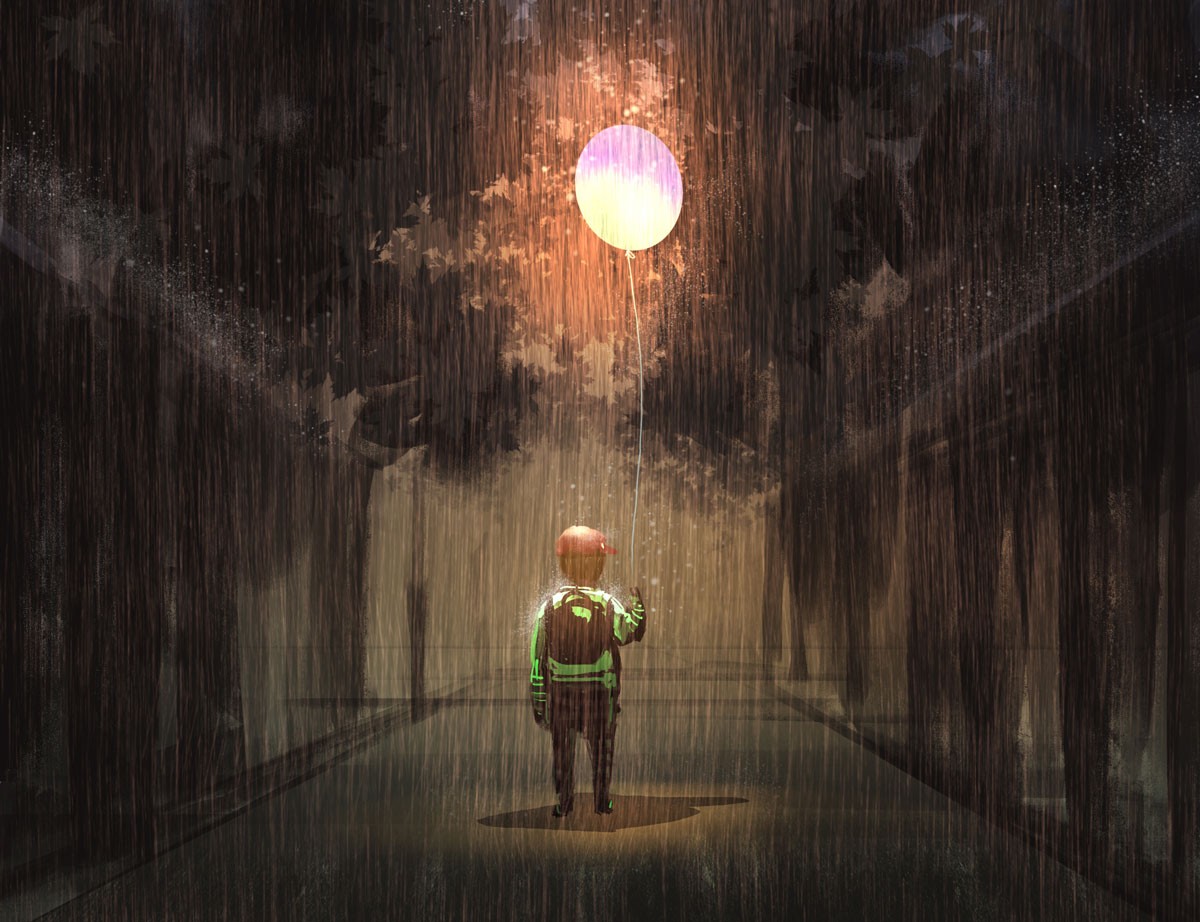 Your role in your child’s grief

Talking to your child about a parent’s death is probably the hardest thing you will ever do as a Solo Mom. After all, the worst thing in life is to watch your child suffer and not be able to fix it. In my case, my son was 11 when his dad disappeared. He turned 12 the month after we found out his dad had committed suicide. My son’s initial reaction to the five-month disappearance was one of complete bafflement tinged with the fear of his dad returning from wherever he was to hurt us. In his tween mind, he worked very hard to make sense of something that wasn’t in any way logical. He spent a long time playing detective in his mind, trying to find clues to his dad’s behavior.

By the time we got the ultimate news, he felt profound relief—and then guilt about his relief. He said, “I know this sounds weird, but I’m relieved. We have closure.” I would imagine this is similar to watching a parent suffering with a terminal illness and then dying from it. The pain and suffering are over for the beloved parent, but still, the parent is gone—forever. Pain replaces that relief very quickly. Validating his feelings as completely normal given our situation helped him feel he was entitled to feel whatever he was feeling.

During this crazy time of our life, we talked about it whenever he wanted to. I never forced him to talk, and he picked his times wisely. I’d asked for a divorce shortly before his dad disappeared, and that complicated my son’s grief. As hard as it was for me to hear his anger and pain, I tried to see things from his perspective and not take anything he said too personally. And sometimes I failed. He’d lost his father. I’d lost my marriage and husband. We were in very different places and had very different relationships with the person no longer here.

Now he’s 17, and I asked him to recall what I did that helped. He wisely said it was good that I let him lead the conversation because that way he asked questions when he had the courage and space to talk about it. Every tween is different, and you know your child best. Allow him or her to lead and ask the questions as your child processes in pieces what’s happened, as he or she is ready. This requires your hard work of being truly present when those times appear. Validate your tween’s feelings and then validate them again, even if what your tween says is painful. Many people are uncomfortable with the expression of anger toward the person gone, especially when that person never wanted to die, but anger is normal. My son’s entire view of his whole life was ripped away, and he is still trying to re-create a future without his dad.

I made sure my son had a male therapist to wrestle his feelings with, gaining a male perspective in his sea of estrogen. His 16-year-old sister was in a vastly different place with vastly different layers to her emotions as she processed what had happened. I never wanted either of my kids to feel there was a “right” or “wrong” way to grieve. Rather, I allowed each of them the time and space to feel their feelings. My son didn’t always talk about his dad in these sessions. Sometimes he just talked about “guy stuff,” and his therapist filled the gap I couldn’t. These conversations, big and small, planted the seeds that it was OK to ask for help navigating this huge event. I never felt I needed to be his only source of validation. I was dealing with my own emotions around the event, and I tried to honor my grief as well. By not becoming enmeshed in your tweens’ emotions, you can keep and hold their perspective, containing the hugeness of their grief as they take little bites of it when they have room to digest.

Be ready for anything. I knew Father’s Day would be hard. I knew big events and holidays would be hard. I knew the anniversary of his dad’s disappearance would be hard. I prepared for them and gave my son permission to feel whatever he felt. I acknowledged his pain and told him to be gentle with himself. This is hard, big stuff, and we only know what we know at the time we know it. Your tween will grieve in a way that is age appropriate. Things are very concrete for tweens: Dad is simply not here—end of story. What I didn’t expect was how long and permanent this process would be. It is forever.

As he grew, he figured out ways to avoid the pain. He tried hard to diminish the effects of losing his father at age 11. He didn’t want to be known as the kid whose father killed himself, so he stopped talking about it for a while. He just wanted to be “normal.” Many of his friends didn’t even know his story. When they asked, he’d just say, “My dad died.” They wouldn’t ask, and he wouldn’t tell. Your tween may do the same thing. I never pushed him to dig things up and have always believed that we all are on our own grief journeys. No two people deal with loss the same way. But I always gave him space to talk on his terms in his own time.

Recently, he admitted he hadn’t really dealt with his grief, but because of the early work we did, he was able to ask for help. His maturing mind had struggled long enough on its own, and he realized he needed tools he didn’t have. He found a safe place to really talk about his feelings now that he has the vocabulary to do so. He says his mind is cleaner now that he’s been able to articulate what his tween self didn’t have the words for. He is now thinking of becoming a therapist. And we’re still talking.

Are you a Solo Mom whose life has been affected by suicide? Join our confidential community of Sisters to connect with other moms who understand.