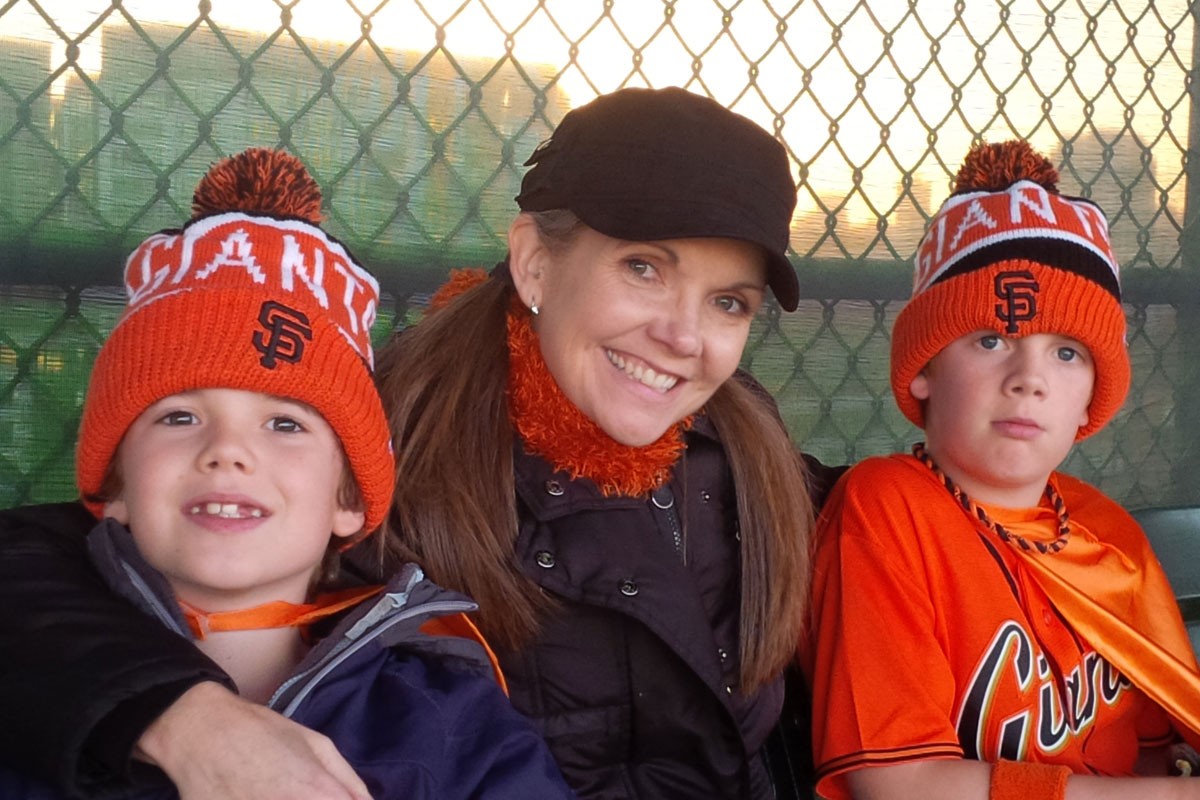 “Where’s your dad?” asks my son’s friend as they’re jumping on the trampoline in our backyard.

“I don’t have a dad,” my son says, no break in the rhythm of his bounce.

“Why? Is he dead?” his friend butt bounces and springs back up.

“Nope,” says my son, double bouncing his friend, launching him higher than I’d like to see a kid fly in my yard. “Just don’t have one. I have two moms instead.”

Divorce made me a Solo Mom a couple years ago, but my two sons have never had a dad. They have an anonymous donor. At the moment, all we know of the man is the description I read on a sperm bank website nearly 13 years ago when my ex-wife and I began shopping for sperm. But eventually I might get to meet him because we chose an “identity release” donor. When my now nine- and 11-year-old sons turn 18, they can look the guy up if they so choose.

Even if my sons do contact their donor, though, they still won’t have a dad. They’ll have a guy who filled out a questionnaire, took a few blood tests, sat through an interview or two, and signed a contract to help some lucky women become parents. My kids don’t have “a donor instead of a dad.” They have two moms who bought some sperm to conceive them.

Throughout their childhoods, since my kids have been old enough to talk, I have overheard countless conversations just like today’s trampoline chat. The “Where’s your dad?” question is so commonplace, my sons actually sound bored when they answer it, as if it’s nothing more than an expected stop at a tollbooth before crossing the bridge into friendship.

This isn’t to say that my sons don’t think about dads. They do. As evidenced by a conversation we had recently, in the car, on the way home from school.

“What’s it like to have a dad?” my oldest son asked.

Just as a Caucasian person might be stumped by the question, “What’s it like to be white?” as a daughter raised in a traditional family structure, I was momentarily stumped by my son’s question. What’s it like to have a dad in a world where it’s presumed I have a dad? It’s . . . not something I have ever had to think about.

I paused. My kids were uncharacteristically quiet. No one reached for the iPhone to choose a new song on Spotify. No one changed the subject. No one burst into some annoying song from some annoying Vine. They were actually waiting for me to continue talking.

“I don’t feel like I’m missing something,” my older son said. “I’m just wondering what it’s like.”

“Yeah,” my younger son chimed in from the back seat. “But sometimes it’s awk-waarrrrd,” he said, wiggling his fingers in the air. “Like when we make Father’s Day stuff at school, I’m like, ‘I don’t have a dad.’”

“What?” I asked. “You make Father’s Day stuff at school?” In a collective 10 years as an elementary school parent, not once had I heard my sons say anything about making Father’s Day crafts at school nor have I seen any come home. Since Father’s Day happens after school lets out for the summer, I had always assumed their teachers just skipped it.

“Yeah,” he confirmed. “Last year my teacher said, since I don’t have a dad, I could make a gift for someone else, but I said I didn’t want to. I just got to have free time instead.”

“Pretty cool, because I got to do whatever I wanted,” he smiled.

I laughed. When it comes to classroom gift making, both of my kids are happy to opt out. Even for Mother’s Day, when their teachers tell them it’s perfectly OK to make two gifts for their two moms, they’re like, “Meh. Too much work,” and their two moms end up sharing one gift.

No matter what the parental holiday, our family doesn’t quite fit.

I laughed. When it comes to classroom gift making, both of my kids are happy to opt out. Even for Mother’s Day, when their teachers tell them it’s perfectly OK to make two gifts for their two moms, they’re like, “Meh. Too much work,” and their two moms end up sharing one gift.

No matter what the parental holiday, our family doesn’t quite fit.

When my kids were still babies, in anticipation of “awk-waarrrd” second Sundays in June, I bought a book that helped contextualize Father’s Day. A simple social story about kids making Father’s Day crafts at school, the book normalizes not having a dad and invites readers to think of Father’s Day as a day to celebrate men who are special in their lives.

Each year, when Father’s Day approaches, I open that conversation: Who are the men who are special in our lives? The kids name family members, friends, neighbors, educators, and coaches. We talk about why these people are special—what they do for us, how they show up in the world, what qualities they exhibit that we admire. We talk about how we might exhibit these qualities, too.

Although I know better than to suggest that my kids make Father’s Day crafts for each of these men because (insert eye roll) “Ugh! Mom! Too much work!” I do insist on having the conversation each year. I do this because I want to not only acknowledge the men who have brought love, support, encouragement, recognition, creativity, humor, and important life lessons into my kids’ lives but also remind my kids that in addition to having two moms who think the world of them, they’re surrounded by a team of good men who have their backs.