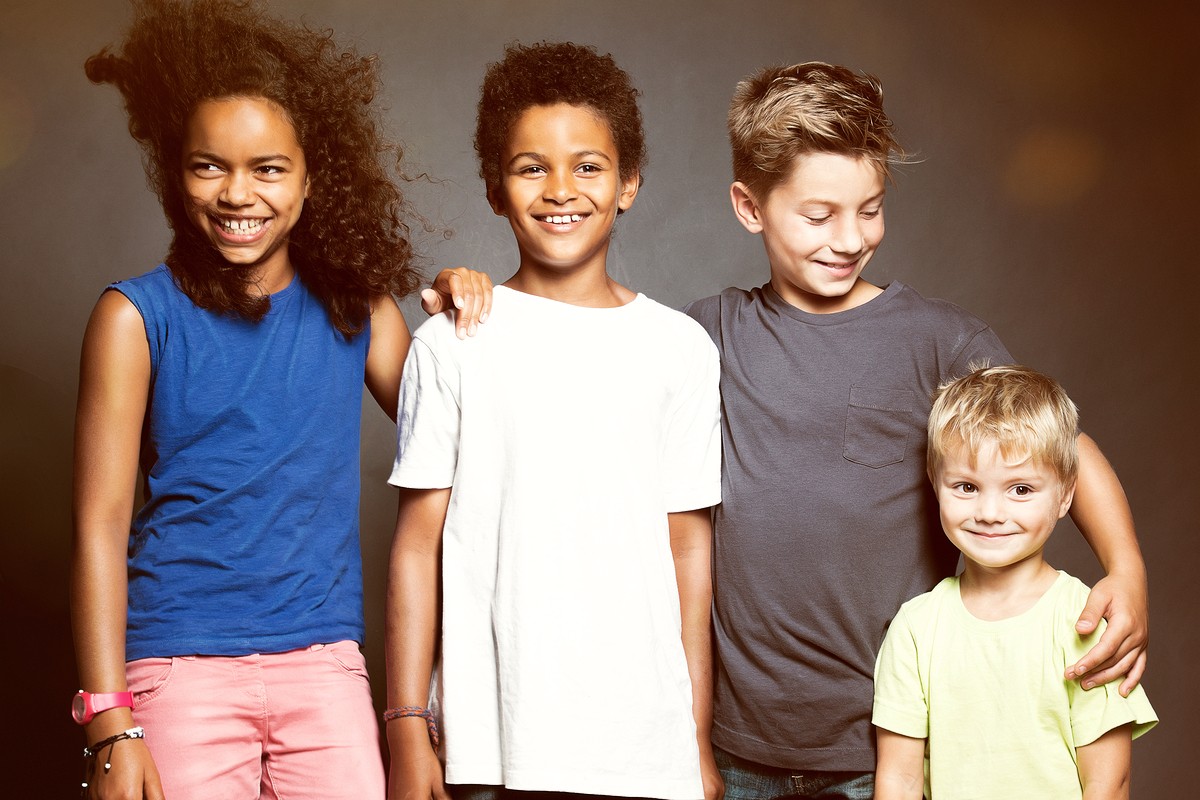 Separating myth from fact when talking about adoption and foster care

More than 60% of Americans today are somehow connected to adoption. When a child is adopted, it creates a ripple effect, touching the lives of not only the child’s parents and birth parents but also his or her extended family, friends, teachers, social workers, and future children and grandchildren. Yet persistent myths are hard to shake, and perception, rather than fact, keeps the often damaging untruths in circulation.

As an adult adoptee and the chief executive of The Donaldson Adoption Institute in New York City, April Dinwoodie has seemingly heard them all. Born to a Solo Mom and adopted transracially from the Massachusetts foster-care system, Dinwoodie is especially sensitive to the perceptions of foster care, race, and the role of birth parents in adoption. Here, we present some of the most pervasive adoption and foster-care myths and dispel them based on our interview with her.

Myth 1: “Birth parents are bad people who didn’t want the child, and the adoptive parents are the rescuers.”

Pigeonholing the birth parents as villains and adoptive parents as heroes is shallow and uncalled for. Dinwoodie explains: “Just because your child is being adopted, for whatever reason—by choice or by having your parental rights terminated—doesn’t mean you don’t love your kid. And it doesn’t mean, quite frankly, that an adoptive parent can love a child better than a biological parent. It’s not either/or; it’s both/and,” she adds, meaning that the child carries an imprint of both families. There is no reason to separate the love all the parents have for this child. The love of adoptive parents isn’t better than the love of biological parents; it’s just coming from different places.

And with open adoptions today being the norm rather than the exception—more and more birth families choose to stay involved in the child’s life. “There are a lot of beautiful stories of interconnectivity today,” Dinwoodie says. Even in the worst of cases, when the biological parent is in jail or struggles with addiction or other challenges, vilifying the parent can hurt the child.

“Information is knowledge; it’s power,” Dinwoodie says. “When a parent has done bad things, we say, ‘Your biological parent was great at basketball and could sing really well in the choir, but they happened to make some bad decisions.’”

Myth 2: “Only rich people can adopt.”

Foster-care adoptions can be a better choice for those who can’t afford private. They also often come with resources, both financial and educational, that can help support the family, including money to set aside for education and therapy, resources that typically come out of the adoptive parents’ pockets in private adoptions.

Still, wealthier people are overwhelmingly turning to private adoption. “Very few people of a higher socioeconomic reality do foster care,” Dinwoodie says. “It’s this perception of ‘I can get a healthier newborn or a baby versus going to foster care,’ and going through what a lot of people see as red tape and a process that doesn’t suit them.”

Private adoption does come with a federal tax credit of more than $13,000, but it’s important to look at all options before jumping to conclusions.

The Dave Thomas Foundation for Adoption has come out swinging on this topic, writing often about the myths burdening children in the system: “Nothing could be further from the truth,” the foundation writes. “Children enter the foster care system through no fault of their own, usually as a result of abuse, neglect, and/or abandonment.”

But at the same time, there is a reality to adopting a child from foster care that cannot be ignored. According to Dinwoodie, “One of the things that’s really dangerous is that we talk about, ‘Oh yeah, these kids are just like every other kid.’ Well they’re not.” Instead, parents need to address any trauma the child might have suffered and help the child heal by creating a loving, stable family and keeping in contact with the birth family when possible.

Love is a basic necessity to any parent-child relationship, and this especially rings true in adoptive families. But it isn’t the only important factor when raising an adopted child. For example, many transracial adult adoptees have grown up feeling isolated and unsure of their place in their families and communities after their parents ignored their diversity—their race and background—despite feeling loved.

According to Dinwoodie, simply loving an adopted child even though you’re white and the child is black doesn’t mean everything is going to turn out fine. Dinwoodie, who is biracial and grew up in a family that is “very white and very New England,” had to get up and leave a family gathering as an adult while family members were discussing racial politics. “I felt outnumbered,” she says. It is helpful for transracial families to discuss race in a matter-of-fact way and keep the person of color connected to both the family and his or her biological racial community. “It is now unsafe emotionally and physically for some people of color in this country,” she adds, “and we cannot keep thinking that ‘Oh if we just love our kids, they will be fine in the world.’”

Myth 5: “If adult adoptees are looking for their birth families, they don’t love their adoptive parents.”

Identity seeking, especially for adoptees involved in closed adoptions, is perfectly normal. Dinwoodie cautions against this kind of mentality. “This idea that you should forget about where you come from is not healthy,” she says.

It’s human nature to want to know where you come from, who you look like, where you got those freckles, etc.

Myth 6: “When you adopt from another country, you don’t have to deal with biological family members.”

Many people surveyed by The Donaldson Institute said they went overseas to adopt for this reason and later realized it was a big mistake. Dinwoodie weighs in: “Any person who is adopting [a child] has to help ground their kid in reality of their beginnings of life.” At the institute, she says, they encourage intercountry adoptive parents to try to find at least one person from the child’s birth family and to keep in contact with that person. “It makes a huge difference,” she says.

Myth 7: “Birth mothers in the United States are teen moms on drugs.”

Birth mothers come in all ages and races with all different socioeconomic backgrounds. The Donaldson Institute has done perception studies that involve open-ended questions on what people think of birth mothers who both make an adoption plan and those who have their children involuntarily removed.

The perceptions about birth mothers tend to be blanket and overly negative, especially for birth mothers whose rights were terminated involuntarily. According to Dinwoodie, many people think women who choose to place their child up for adoption are young, poor, single, or unable to care for the child. And for birth parents who lose custody, many think they are poor, addicts, abusive, or criminals, among other negative attributes.

Above all, Dinwoodie advises to choose your words about adoption carefully because your children are listening and learning: “Adopted kids have big ears, and they hear everything,” she says. “I can hear someone talking about me two states away.”