A Young Man’s Journey from Anxiety and Depression to Addiction 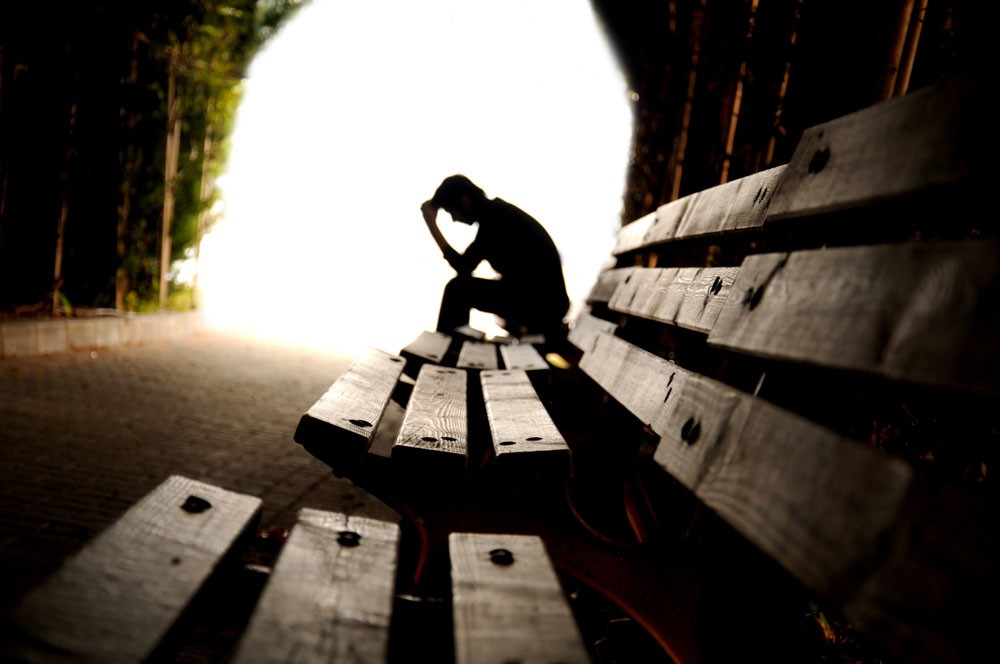 Interview with a recovering addict

Recently, I had the opportunity to sit down with a young man who suffers from addiction. He volunteered to talk about his experiences with depression and anxiety, and how they contributed to his substance abuse. For the sake of anonymity, he chose the name Tim. I found Tim to be remarkably open and candid.

Tim is 20 years old; he first began using just prior to his 14th birthday while under the care of a psychiatrist and a counselor for his dual diagnosis of depression and anxiety. Currently, he is in recovery and explained to me how he struggles every day, wondering if he will relapse. He dropped out of college to attend rehab; then he relapsed and has not returned to college. At the rehab, they did a brain scan that showed he had brain damage from drug use, only some of which is reversible. Upon hearing this news, he starting using again. Because of his record of drug arrests, Tim is having trouble finding a job. He agreed to speak with me, as he says he has been helped by listening to the stories of others. We both hope that his sharing will touch someone who reads this.

Q: Can you briefly describe how you first began abusing substances? What were the factors?

A: I hung around with people who used, and I was seeing a therapist for depression. I had sometimes abused the sedatives I was prescribed because I felt so terrible. Anxiety is part of depression, and I would get anxious and want relief. I thought if one was good, two would be better. Three would be great. I took them from the medicine cabinet because my mom never thought I would do that. One day she noticed they were disappearing, so she moved them and doled them out here and there. By that point, I already had extra from my friends who also took them out of their parents’ medicine cabinet, and I knew that alcohol made the sedative effect stronger.

Q: You’ve told me you had a typical childhood, and you were raised mostly by your mom. Do you think any of your childhood experiences had any bearing on your use?

A: Not really. About half of my friends came from two-parent families, and they drank or smoked weed even earlier than I did. It’s different for each person, but I don’t think [my home life] has anything to do with it. It was all pretty normal until I started using.

Q: You see a relationship between your depression and anxiety, and your use. Can you expand on that a bit?

A: At the time, I just wanted to feel numb. I felt like shit, and I just didn’t want to feel. Anxiety is exhausting and, combined with depression, all I wanted was to be numb, to stay numb. I didn’t think about addiction or what I was doing to myself. It was the summer of eighth grade. I drank or did whatever I could to block out feelings.

I guess now, yeah, I see it. I first felt the numbness through prescription pills and I liked it, so I went out to find more. I guess not everyone does that, but I did. But I had friends who had never had a prescription. They found out about the pills from other kids. So for me, it was an introduction. I loved the numb. And I loved that I could take as much as I wanted instead of a dosage. The dosage doesn’t work after you take it for so long. They have to change your meds or up the dosage, and neither of those feels as good as when you take a lot.

The other thing is [the effect of] pills [is] immediate. My therapist had me do breathing and meditation, and they worked, sort of, but not as fast or as dramatically.

Q: So how did you transform from a substance abuser to an addict?

A: I smoked Spice, which is synthetic weed you can order from the Internet. It was really powerful. From that, I went to opiates and benzos, and all the time I used alcohol. Heroin just appeared one day. An older guy I knew offered to shoot me up, and I said yes. It was love. It became all I wanted. Opiates are expensive, and heroin is cheap. You can find dope [which is another word for heroin] anywhere.

Q: So you got high only on heroin after that?

A: No. At first, you get high. After that, you use heroin just not to feel sick. I started smoking crack when I couldn’t get heroin to keep the sick feeling away. Then I had a double addiction to heroin and crack.

Q: What were the consequences to your use?

A: I got in trouble. People around me went from kids in school to older guys who carried weapons. I had a gun pulled on me. I stole from anyone I could to get money. You don’t care about consequences; you don’t care about the people around you. Addicts care about getting numb and nothing else. Everything in my life was ruined: my physical health, my finances, my relationship with my family, school. I didn’t care. My mom got me into rehab, but it didn’t work because I was only doing it for her sake. It made her happy, but I used the first night I got out. I wasn’t ready for any program.

Q: Would you say the same about a 12-step program—that you have to be ready for it to work?

A: Nothing helps until you want to stop using. Nothing. It’s like when I was in rehab, I just did what they said so I could get home and use. You just have to make up your mind you want to be clean. I didn’t find AA to be a good place for me. NA was more open minded, but none of it helped until I wanted to let it in. That’s true for all addicts. And for me, meetings don’t do so much. I had to go to an all-day program—an intensive outpatient program—for support.

Q: Is there anything a parent can do to prevent her child from experimenting with drugs?

A: Not really. I knew the risks. If they want drugs, they will find them and hide their use. You have to kind of live with it for a while. Watch your kid. Try to make sure your kid is safe, even if it’s just using clean needles. You can’t make them stop. I knew I could always go to my mom if I wanted to get clean, and it gave me hope. I knew I would have to get clean at some point, or I would die. Even when we were fighting or I was out getting high, I knew she cared and would always help me. So let the addict know you’re there and you want to help. One day your kid might want to stop. Until then, there’s not much you can do. There’s a saying I heard at a meeting that I always think of. Anyone dealing with an addict should remember that saying: “Addicts don’t love; they take hostages.” Addicts can’t really have relationships with anyone. Their whole existence is to get drugs. Addiction took over my soul.

Q: But you’ve been straight for a time. Souls come back.

A: I hope mine does. Some days I’m not sure that it will, mostly on the days when I still want to use, but there are less and less of those now.

I saw Tim again about a month after this interview. He is still unemployed, but he is still clean. He has bouts of wanting to use, but he has been able to resist the urge. He now treats his depression and anxiety through more natural means, including talk therapy and exercise.